Donald Trump says during US election debate that he supports electric vehicles but many point out that his administration's policies have been anything but.Trump and Joe Biden, his rival in the upcoming US election 2020, debated heatedly over a number of issues.
By : HT Auto Desk
| Updated on: 30 Sep 2020, 09:43 AM 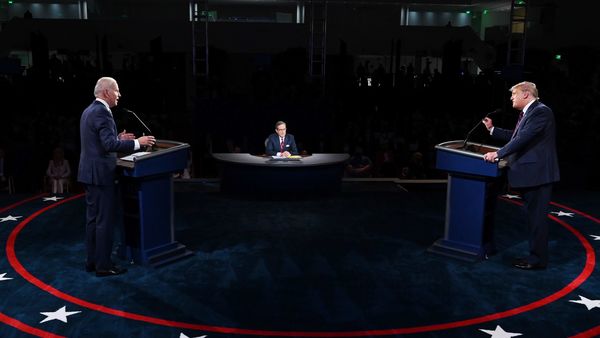 US President Donald Trump appeared to be in a no-holds-barred contest against former US vice president Joe Biden during the US presidential debate on Tuesday night (local time) and among the many claims, promises and accusations hurled, he even managed to take credit for an EV tax credit that was reportedly from Barack Obama's time in the White House.

Trump was immediately called out by US media and netizens online after he claimed to be a supporter of electric vehicles. "I am all for electric cars. I have given big incentives to electric cars," he said. And while it is unclear which incentive he referred to, the last incentive of any worth was an IRS tax credit for plug-in and electric vehicles which was before he won the last elections.

The only federal incentive referred to above pertains to the American Clean Energy and Security Act of 2009 (ACES) which was when Obama was the US President and, ironically, Biden was the Vice President.

Several US media outlets not only jumped to call out Trump for his claim but also pointed out that while he said he is all for electric cars, his administration has shown anything but. In fact, Trump's rollback on vehicle emission standards is widely believed to be an assault on electric cars - a charge he denied during the presidential debate. Asked if the rollback would cause more emissions, Trump said, "Not really because what’s happening is that the car is now much less expensive and it’s a much safer car, and you are talking about a tiny difference. And then what would happen, because of the cost of the car you would have at least double or triple the number of cars purchased."

During the same debate, Trump renewed his charge of countries like China, Russia and India being major contributors to global emission levels. And while Biden underlined his commitment towards the widespread adoption of electric cars, experts were quick to point out that Trump was rather ambiguous at best, accusatory at worst.