Four major automakers will not take a position on legal challenges to the Trump administration's decision in March to dramatically weaken Obama-era fuel economy standards but want to weigh in on any court fix.
By : Bloomberg
| Updated on: 27 Jun 2020, 08:14 AM 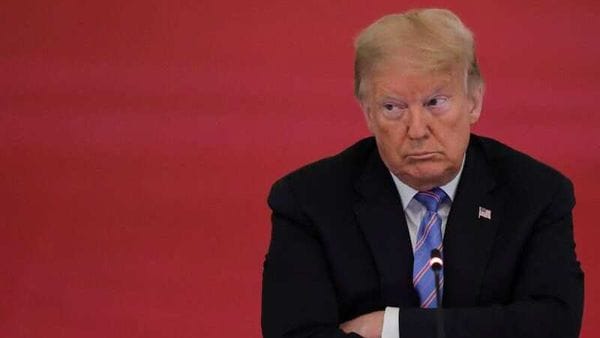 Carmakers are divided over Trump’s rule mandating fuel efficiency gains of roughly 1.5 per cent annually starting in 2021, a major reduction from the 5 per cent annual gains demanded by rules set during the Obama administration.

Four automakers backing a California effort to curb tailpipe emissions will break with some big rivals in the legal battle over the Trump administration’s relaxation of fuel efficiency standards.

Ford Motor, Honda Motor, Volkswagen and BMW will file a joint motion on Monday with a Washington DC, appeals court to get involved in litigation challenging the Trump administration’s March rule that weakened future U.S. fuel efficiency and emissions standards for vehicles, according to Ford.

The action separates the companies from the auto industry’s primary trade association, the Alliance for Automotive Innovation. That group in late May threw its support behind the Trump administration by intervening in support of the US in a legal challenge brought by a libertarian organisation that said the weaker federal rules were still too strict. The trade group represents nearly every major automaker, including General Motors, Fiat Chrysler Automobiles NV and Toyota Motor Corp.

Bob Holycross, Ford’s vice president of sustainability, environment and safety engineering, said the legal filing doesn’t take a position on the rules themselves or the challenges they face, but instead aims to preserve the companies’ ability to have a say in potential replacement standards should courts find the current policy needs to change.

Regardless of how the litigation plays out, “our goal and our interest is coalescing around the framework that we’ve outlined with California," Holycross said.

The move highlights the widening chasm between carmakers over Trump’s rule mandating fuel efficiency gains of roughly 1.5% annually starting in 2021, a major reduction from the 5% annual gains demanded by rules set during the Obama administration.

Ford, Honda, Volkswagen and BMW in July agreed to voluntarily meet tailpipe standards set by California clean air regulators that were more stringent than the Trump administration’s nationwide standards being finalised at the time. President Donald Trump lashed out against the pacts on Twitter, and the Justice Department opened an antitrust probe into deals that was dropped in February.

Holycross said the legal action reflects Ford’s desire to continue toward its voluntary emissions pact with California, which he said provides the company with greater regulatory certainty and is more supportive of electric vehicles than the federal rules. 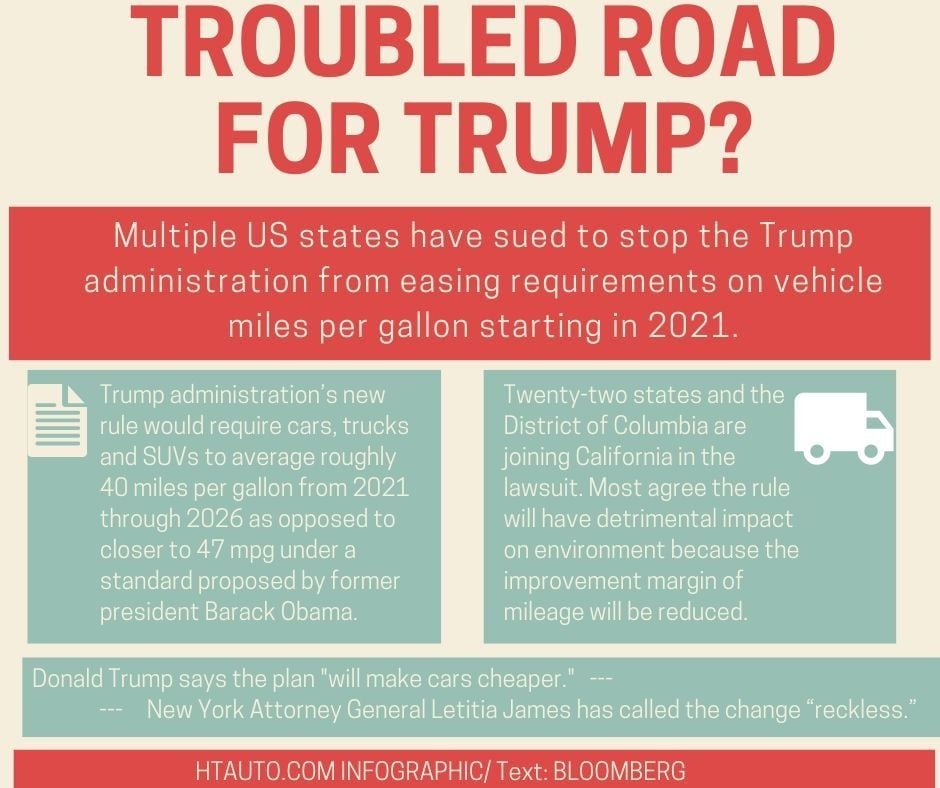 Here is how California and other US states are contesting the Trump administration's efforts to do away with Obama-era mileage standards.

The automakers will file to intervene in a lawsuit by power companies, including Calpine and Consolidated Edison, in May seeking a review of the federal fuel efficiency rule, one of several similar actions filed against the federal standards after they were finalised in late March.

California and nearly two dozen other states and environmental advocacy groups have filed separate suits to stop the Trump administration from easing the requirements. Ford’s filing with the other carmakers doesn’t endorse the state’s argument.

As those cases are underway, the automakers are looking to protect their interests, as a final decision calling for a rule review would affect the fate of the auto industry. The industry is already under stress from the US economic shutdown, the fuel costs borne by Americans and pollution levels in the country.