Home Auto News Do Tyres Emit Pollution? The Answer May Surprise You

Do tyres emit pollution? The answer may surprise you

Though electric vehicles are helping in lowering carbon emissions, these may also exacerbate the problem of tyre emissions.
By : Bloomberg
| Updated on: 03 Sep 2022, 08:26 AM

The Tyre Collective does not yet have a name for its device.Hanson Cheng, one of the London-based startup’s three co-founders, calls it a “box." Built to attach behind the wheel of a car, truck, van or bus, it’s designed to capture emissions from an oft-overlooked source: tires.

Every vehicle sheds tiny bits of its tires as it rolls, but “where the rubber meets the road" is a bit of a misnomer: The tires on most passenger vehicles contain little natural rubber. Instead, they’re made from a stew of petrochemicals, particles of which ultimately wind up in soil, air, waterways and oceans.

The International Union for Conservation of Nature pegs tires as the second leading source of microplastic pollution in oceans, and one 2017 studyfound a global per capita average of .81 kilograms in tire emissions per year, ranging from .23 kg per year in India to 4.7 kg (roughly 10 pounds) in the US. That may seem minor stacked up against the nearly 300 pounds in plastic wastethe average American generates each year, but microplastics are tiny by definition — and an insidious source of toxins that researchers are only beginning to understand.

“When we talk about zero emissions, a lot of that conversation is about electric vehicles," says Cheng, 30. “But there's a whole world of non-exhaust emissions that also needs to be addressed."

(Also read | The market is not ready for mass adoption of EVs, says Toyota executive )

Switching to electric cars helps to lower carbon emissions — even after accounting for manufacturing and charging batteries — but it actually exacerbates the problem of tire emissions. EVs typically weigh more and accelerate faster than their gas-burning counterparts, whichadds to tire wear. The EV transition will also keep the world’s fleet of cars growing until nearly 2040, well after the peak for gas-burning cars that’s expected in the next two years, according to BloombergNEF, a clean energy research group.

“Most of these EVs are big monstrous things, so it's perfectly intuitive that they will be chewing up tires faster," says Nick Molden, founder and CEO of the UK-based research shop Emissions Analytics. Results from the company’s latest road tests, published in May, show that under normal driving conditions a gas car sheds about 73 milligrams per kilometer fromfour new tires. A comparable EV, the company estimates, sheds an additional 15 milligrams per kilometer, or about 20% more.

For decades, tailpipe emissions — both the greenhouse gases that contribute to global warming and the particulates that cause air pollution — have overshadowed the tire problem. That means researchers are only beginning to catalog what’s even in tire emissions. Across the different tires it studied, Emissions Analytics found an average of more than 400 organic compounds. “Part of the work we're doing is to try to resolve what on earth these compounds are," Molden says. “If we can't identify them, then we can't even fathom what the toxicity may or may not be."

One landmark study makes the potential stakes clear. In 2020, researchers in Washington state solved a decades-old mystery of why storm runoff was causing mass deaths of coho salmon: 6PPD, a preservative commonly used in car tires. When exposed to sun and air, 6PPD transforms into a chemical called 6PPD-quinone, which turns out to be highly toxic to coho salmon — causing them to circle, gasp at the surface and then die within hours.

“In our lab it’s usually just one or two hours," says the study’s lead author, Zhenyu Tian, now a professor at Northeastern University. “In the field, they struggle for an afternoon, and they die."

That stark finding set in motion a hunt for 6PPD alternatives that can help keep tires from breaking down in the elements without killing salmon or other fish. In May, California’s Department of Toxic Substances Control announced plansto add tires containing 6PPD to its list of hazardous products, a move that would force manufacturers to evaluate safer alternatives. But there’s no guarantee that the industry will be able to find a workable substitute. “[They]didn't even know that the 6PPD-quinone existed until the Washington researchers found it," saysAnne Cooper Doherty, the DTSC’s head of chemical and product evaluation, adding that it could be yearsbefore 6PPD-free tires come to market. “Our members are committed to supporting the alternatives analysis work in California," says Sarah Amick, vice president of environmental health, safety and sustainability at the US Tire Manufacturers Association, a trade group representing a dozen of the world’s largest tire brands.

For now, drivers can mitigate their tire emissions by driving gently. Electric motors are great for providing instant torque at the wheel, allowing for lightning-fast acceleration that is also hard on tires. On the flip side, EVs allow for regenerative braking (running the motor in reverse to create drag), which is a gentle way to decelerate. EV drivers who want to minimize their tire emissions — and compensate for the added emissions associated with battery weight — should go easy on the accelerator and heavy on the regenerative braking.

“If you are a super eco driver, and you don't use the torque, you can actually reduce your tire emissions in an electric vehicle," says Molden at Emissions Analytics.

When it comes to purchasing tires, consumers have less control, and limited intel. One new rule in the EU calls for labelling tires by wear rate, but it can’t take effect until regulators identify a standard method of measurement. In the US, the National Highway Transportation Safety Administration includes a wear score for its tire ratings — the higher the number, the slower the wear — but it says little about what’s in the tires.

“There's huge variability in chemical composition, and virtually no regulation," says Molden. “It's a black hole of information."

Emissions Analytics has begun to assess toxicity across tire makes, but hasn’t yet validated its process enough to make it available to consumers. As a rule of thumb, however, Molden says cheaper tires tend to be more toxic. 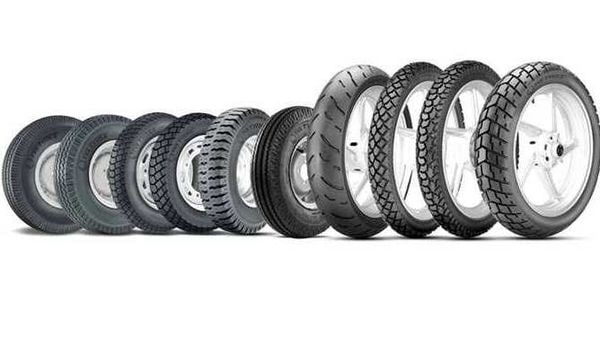 Back at The Tyre Collective, the goal is to reduce tire emissions by intercepting them at the source: The “box" uses electrostatic plates to draw in shed tire particles, which are charged from friction on the road. The company, founded in 2020, grew out of a joint project of four graduate students in the Innovation Design Engineering program at the Royal College of Art and Imperial College London.Earlier this year, its device was one of four winners of the Terra Carta Design Lab awards given for innovations that address the climate crisis.

In the laboratory, Tyre Collective’s device pulled in 60% of airborne emissions by mass, but real-world implementation is proving more challenging. The company is currently testing a prototype on a pair of delivery vans in London, where it’s so far gathering around a fifth of emissions.

The Tyre Collective’s plan is to begin retrofitting the devices on delivery and bus fleets and, eventually, for EV manufacturers to integrate the technology into their cars — doing for tire emissions what the catalytic converter did for the tailpipe. Cartridges full of tire emissions could then be emptied at collection points as part of routine vehicle service and reused in new tires, soles of shoes and other products.

“There's a need to create a circular loop around this waste," says Cheng. “Otherwise, we’re going to all this effort to capture it for it to be released back into landfills."