Liquid-hydrogen refueling technology being developed by Daimler Trucks will allow for higher storage density, greater range, faster refueling and superior energy efficiency.The new fueling process will be implemented in the series version of the recently revealed GenH2 Truck.
By : HT Auto Desk
| Updated on: 14 Dec 2020, 11:32 AM 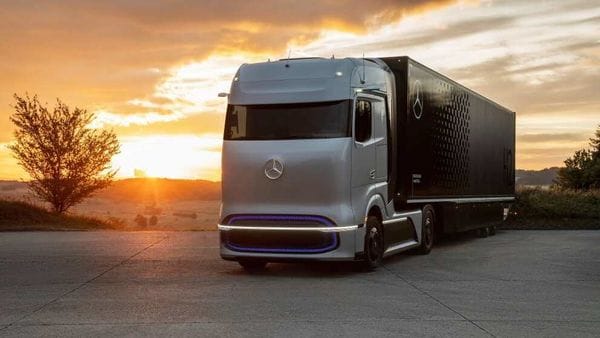 Daimler Trucks and Linde have partnered to jointly develop the next generation of liquid-hydrogen refueling technology for fuel-cell-powered trucks. They aim to make the refueling process with hydrogen as easy and practical as possible.

The technology will allow for higher storage density, greater range, faster refueling and superior energy efficiency. The new approach will use higher than ambient pressure levels and special temperature control which avoids so-called boil-off effects. It will also not require complex data communication between the filling station and the truck during refueling. The improved energy storage density is due to the higher than ambient pressure level which increases the hydrogen mass in the tank.

The first refueling of a prototype vehicle at a pilot station in Germany is planned for 2023. The two partner companies are also planning for a high level of transparency and openness around the relevant interfaces of the technologies. This will enable as many other companies as possible to develop their own refueling and vehicle technologies that apply the new liquid-hydrogen technology. Thus, creating a global mass market to be established for the new process.

The new fueling process will be implemented in the series version of the GenH2 Truck and first to be validated in upcoming prototypes. Daimler recently revealed the fuel-cell concept truck that demonstrates specific technologies that the company is driving forward so that heavy-duty fuel-cell trucks can perform flexible and demanding long-distance haulage operations. The concept truck makes use of liquid instead of gaseous hydrogen with its higher energy density.

Daimler prefers using liquid hydrogen over gaseous one because in this state, the energy carrier has a far higher energy density. Thus, tanks of a fuel-cell truck using liquid hydrogen are much smaller and significantly lighter. This allows for more cargo space, higher payload and capacity for more hydrogen, which in turn increases the trucks' range.