The Mercedes-Benz GenH2 Truck has a range of up to 1,000 kilometers and more for flexible and demanding long-haul transport on a single tank of hydrogen.
By : HT Auto Desk
| Updated on: 17 Sep 2020, 10:32 AM 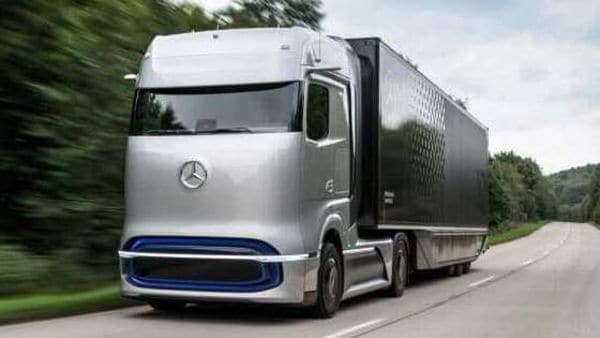 Daimler has presented the Mercedes-Benz GenH2 Truck concept in a world premiere, marking the beginning of its hydrogen-based fuel-cell drive for the long-haul transport segment. The use of liquid instead of gaseous hydrogen enables the vehicle to perform just like a conventional diesel truck in terms of tractive power, range, and performance.

The GenH2 Truck has a range of up to 1,000 kilometers and more for flexible and demanding long-haul transport on a single tank of hydrogen. Customer trials of the concept GenH2 will begin in 2023 while its series production is slated to start in the second half of the decade. There is a need for zero-carbon goods vehicles on roads and hydrogen fuel cell trucks make a strong case here. "There is huge potential inherent in hydrogen for the protection of our environment and a strong economy. That is why (Daimler has) been funding hydrogen as a transport fuel for over ten years," says Andreas Scheuer, Federal Minister of Transport and Digital Infrastructure.

The series-production version of the GenH2 will have a gross vehicle weight of 40 tons and a payload of 25 tons. Daimler says that two special liquid-hydrogen tanks with a storage capacity of 40 kg each and a powerful fuel-cell system will make this possible. 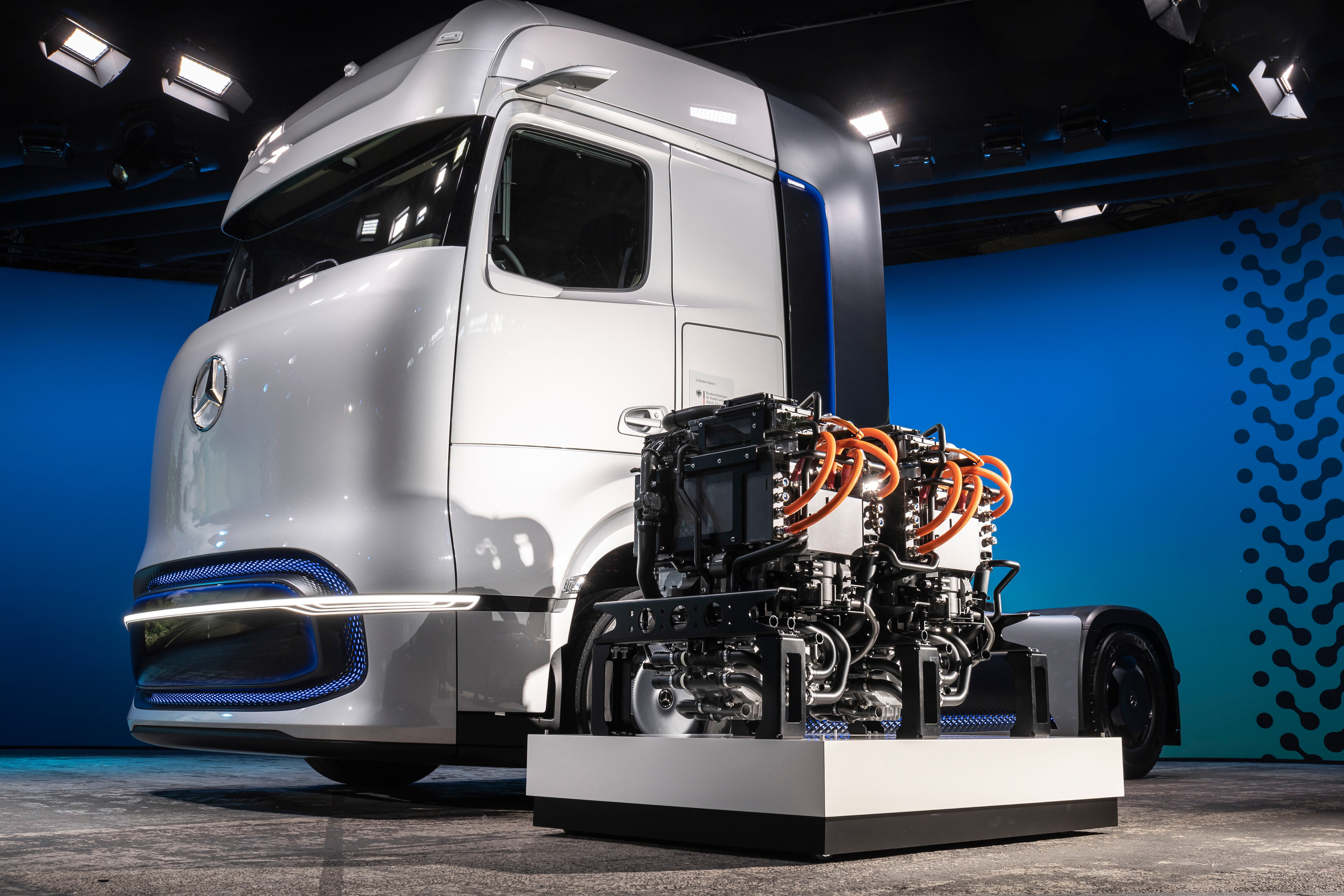 The GenH2 Truck has a range of up to 1,000 kilometers and more for flexible and demanding long-haul transport on a single tank of hydrogen.

Liquid hydrogen has a far higher energy density in relation to volume than gaseous hydrogen. This helps reduce the size of the carrier tanks, enabling the truck to have a larger cargo space. At the same time, more hydrogen can be carried, which significantly increases the trucks’ range, making it suitable for multi-day, long-haul transport where the daily energy throughput is high.

The GenH2 concept has also been equipped with a 300 kW fuel cell system and a 70 kWh capacity battery which can temporarily provide an additional 400 kW of power. Daimler says that the battery is not intended to meet energy needs but mainly to be switched on to provide situational power support for the fuel cell.

The pre-series version has two electric motors that are designed for a total of 2x230 kW continuous power and 2x330 kW maximum power. Torque is 2x1577 Nm and 2x2071 Nm respectively. 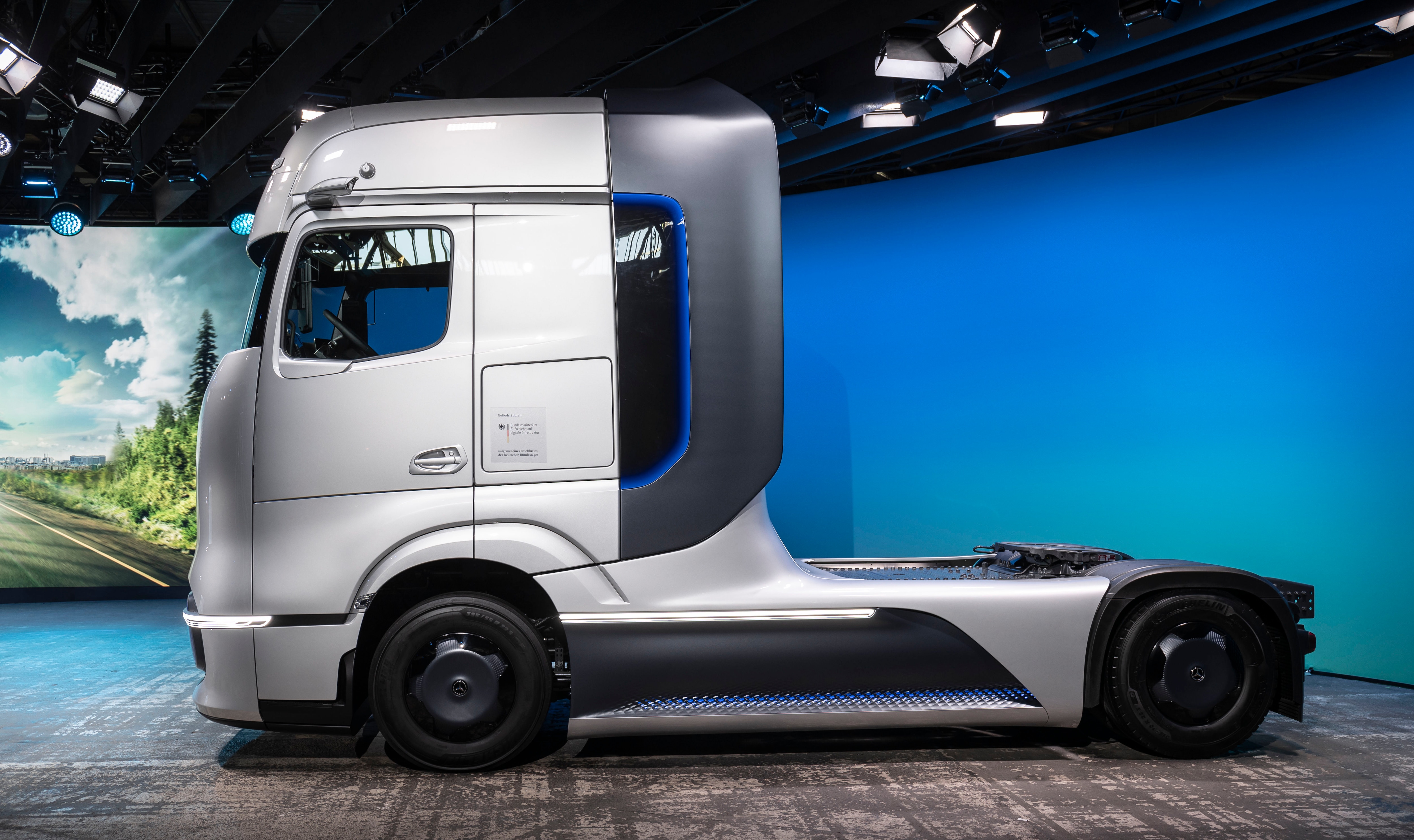 The pre-series version has two electric motors that are designed for a total of 2x230 kW continuous power and 2x330 kW maximum power.

(Also read: Hyundai begins shipping fuel cell system to Europe for use in vehicles and more)

Apart from the GenH2 concept, Daimler has also unveiled a purely battery-powered Mercedes-Benz eActros LongHaul truck which has been designed to cover regular journeys on plannable routes in an energy-efficient manner. It will have a range of approximately 500 kilometers on a single charge and will be ready for series production in 2024. "With our alternative drive concepts, Daimler has a clear focus on customer requirements and is creating locally CO2-neutral alternatives for them," says Martin Daum, Chairman of the Board of Management of Daimler Truck AG.