Daimler and Volvo had entered into a partnership to develop and mass produce fuel cells that can be used in heavy vehicles.
By : HT Auto Desk
| Updated on: 15 Sep 2020, 09:54 AM 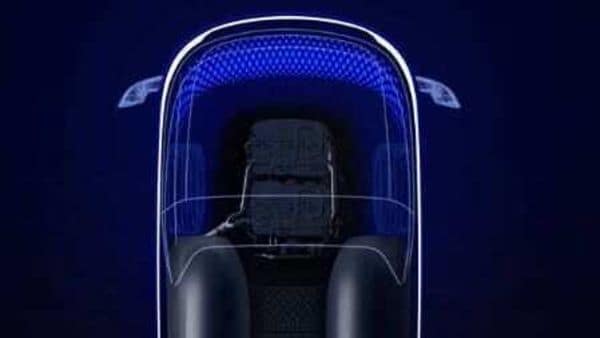 A part of a teaser photo posted on Instagram by Gordon Wagener, the design head at Mercedes-Benz.

Gordon Wagener, the design head at Mercedes-Benz, recently took to his Instagram account where he shared a teaser image of a concept vehicle. While that it is a concept is all he revealed in the accompanying caption, speculations have hit the ground running with many expecting the German auto giant to showcase a hydrogen-powered truck.

Mercedes has been promising forays into a world of hydrogen-powered vehicles for some time now and Wagener's rather cryptic post on the social media channel adds the proverbial fuel to the speculative fire. Daimler Trucks is also preparing for a Youtube livestream in the days to come which promises to showcase a 'hydrogen future.'

There is no confirmation about how soon Mercedes could showcase its prowess in a developing hydrogen-powered vehicles but it did join hands with Volvo in April of this year to develop and mass produce fuel cells that can be used in heavy vehicles. The two said that they will be equal partners in the new enterprise. (Full report here)

The buzz around alternate fuel sources powering heavy vehicles has been gathering momentum with enthusiasts and skeptics in almost equal numbers making their opinions known.

Hyundai has already begun shipping its hydrogen-powered trucks to Switzerland while a few others are also walking down this path.

Battery-powered trucks is another area in focus with the likes of Tesla and Nikola possessing some clout. Tesla CEO Elon Musk, in fact, backed the technology and lashed out at Bill Gates after the Microsoft co-founder had cast doubts over the prospects and possibilities of such technology finding mass application.

In all of the clamour and clashes, Mercedes appears determined to silently push its way forward and Daimler Trucks may be preferring hydrogen fuel cells as the beacon for the road ahead.