The convoy of Lamborghini super sports cars and super SUVs consisted of Huracans, Aventadors and Urus models.The fleet of Lamborghinis crossed an expansive desert where the Urus SUVs showcased their off-road capabilities.
By : HT Auto Desk
| Updated on: 12 Jul 2021, 05:37 PM 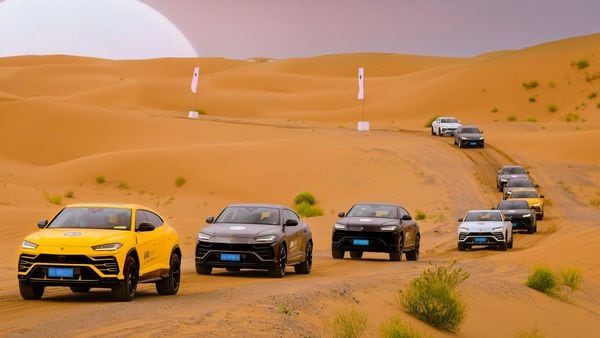 The fleet of Lamborghinis also crossed an expansive desert and drove along the stunning Route 66 of Zhongwei city in China.

Lamborghini launched the Esperienza China Giro or the 'Journey into the Vast' for owners in China - an 800-kilometre and five-day long expedition across the majestic northwestern region in the country. Forty-two different Lamborghini vehicles participated in the road trip event through the vast lands of Ningxia and Gansu.

The convoy of Lamborghini super sports cars and super SUVs consisting of Huracans, Aventadors and Urus models departed from Yinchuan city of the country and drove through the Helan mountain range that is flanked by distinct peaks and valleys. The Lamborghini drivers experienced natural beauty and picturesque places along the way. They delved in local culture and beliefs at the Fuyin Temple on the way.

The fleet of Lamborghinis also crossed an expansive desert and drove along the stunning Route 66 of Zhongwei city to reach the quaint ancient villages of Beichangtan district. During the ride in the dessert, Lamborghini Urus vehicles showcased their off-road abilities thanks to the active torque vectoring in the Sabbia (sand) mode. 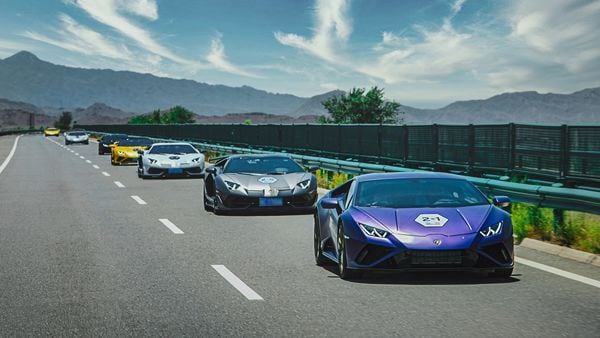 Convoy of Lamborghinis in China

The journey also took the Lamborghinis to the Yellow River and the Lanzhou Danxia Geological Park. Customers also spent time at the Desert Star Hotel located in the oasis in the desert as a part of the annual event organized by Lamborghini China.

China is one of Lamborghini's most important markets which has become much more significant in recent years. Last year, the Italian automaker sold 604 vehicles in China, only behind Germany where it sold 607 units and the United States where 2,224 units were sold. Lamborghini is hoping to make China its second-largest market this year by surpassing the sales number in Germany. Lamborghini Urus SUV has become particularly popular model from the brand in the Asian country.