Coldplay that recently released its latest album Music of the Spheres is going on a world tour and it will use reuse the batteries of the BMW i3 electric vehicle to power its shows.About 40 batteries will be used to create the shows of the band.
By : HT Auto Desk
| Updated on: 20 Oct 2021, 01:22 PM 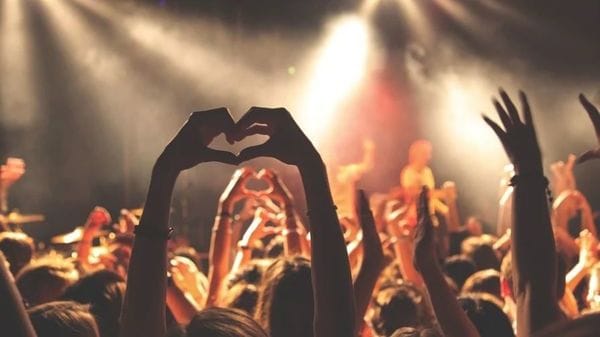 Coldplay is all set to go on a world tour with its new album, Music of the Spheres, and has shared that the shows will be powered by recycled BMW i3 batteries.

Coldplay's Chris Martin is ecstatic about this sustainable way of powering a music concert. “We’re proud to partner with BMW to create the world’s first tourable, rechargeable show battery, which will allow us to power our concerts almost entirely from clean, renewable energy," he reportedly said.

Jens Thiemer, Senior Vice President Customer and Brand BMW also stated that this collaboration is an intensive one. “A common awareness of sustainability has led during recent years to an intensive, creative co-creation process between BMW and Coldplay," he said.

(Also read | BMW 3 Series EV to break cover in 2025, will be based by Neue Klasse platform)

The batteries from the BMW i3 will replace diesel and gas generators at the band's shows. This step has been taken in order to make the series of shows more environment friendly. The shows will be powered by 40 recyclable car batteries. This initiative is a highlighting point as this is the first demonstrative move to give automotive batteries a second life, claimed BMW.

These batteries will be recharged by applying multiple methods such as solar panels and generators powered by hydrotreated vegetable oil. Reports suggest that a kinetic stadium floor and power bikes will use the power of concert attendees to recharge the batteries as well.

The automaker shared that it is an important step towards the progress of electric vehicles. As the development of automotive batteries is carbon-intensive, hence recycling becomes a key to reducing carbon footprints. Recycling will also help in potentially reducing its monetary cost.