Automakers in China are obliged to manufacture new energy vehicles to win "points" to make up for a portion of the negative points they incur when they produce internal combustion engine vehicles.China hopes NEVs will account for around a quarter of all vehicles sold in the country by 2025.
By : Reuters
| Updated on: 22 Jun 2020, 11:11 AM 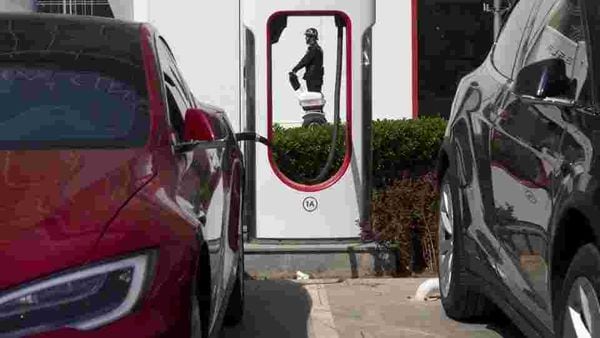 China re-classified petrol-electric hybrid vehicles on Monday so they get more favourable treatment than all-petrol or diesel counterparts under new clean car rules, making it easier for automakers to meet environment quotas and offer more choice.

China has some of the world's strictest rules regarding the production of fossil-fuel vehicles, as it battles unhealthy levels of air pollution in its crowded cities.

Those rules have pushed both domestic and international automakers including Tesla Inc and Volkswagen AG to spend billions of dollars on the development and production of new energy vehicles (NEVs), such as all-electric, plug-in hybrid and hydrogen fuel cell vehicles. Plug-in hybrid technology differs from that of petrol-electric hybrid vehicles.

Automakers in China are obliged to manufacture NEVs to win "points" to make up for a portion of the negative points they incur when they produce internal combustion engine vehicles.

However, the system has been criticised for offering few incentives for automakers to improve petrol cars' efficiency.

The policy published on Monday by China's Ministry of Industry and Information Technology allows automakers to gradually make more petrol-electric hybrids and less of the more costly all-electric vehicles from 2021 through 2023.

Such hybrids would still be considered fossil-fuelled but re-classified as "low fuel consumption passenger vehicles". Significantly, the number of negative points incurred for making petrol-electric hybrids will be less than for petrol-only vehicles.

That could see more of those traditionally powered vehicles replaced with petrol-electric hybrids, experts and industry officials said, because when automakers produce those hybrids, they would not have as many negative points to make up for.

(Also read: The electric car battery boom has screeched to a halt, for now)

China hopes NEVs will account for around a quarter of all vehicles sold in the country by 2025.