Safely locked in a glass container, the Bugatti La Voiture Noire has been put on exhibit in the Molsheim city center in France, right next to the beautifully decorated Christmas tree.
By : HT Auto Desk
| Updated on: 20 Dec 2020, 01:57 PM 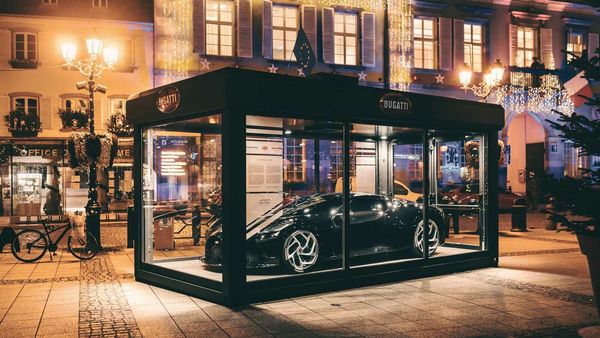 Forget Christmas trees decorated with bells, candy canes and stockings; forget reindeers, stockings and even Santa Claus. This year's most ultimate Christmas decor is the world's most expensive car - a Bugatti La Voiture Noire. The car costs around $13.4 million at current exchange rates.

Bugatti's home in France, the commune of Molsheim, has been given the gift of the costliest Christmas decoration ever by the carmaker. Safely locked in a glass container, the La Voiture Noire has been put on exhibit in the Molsheim city center right next to the beautifully decorated Christmas tree. "All residents of Molsheim have the very special opportunity to admire this unique masterpiece," said Molsheim's Mayor Laurent Furst. Bugatti La Voiture Noire has been put on exhibit right next to a beautifully decorated Christmas tree.

The luxury car will be on exhibit until the end of March. The French brand decided to offer its one-off hypercar to the region of its origin because various Christmas markets have been closed this year amid the coronavirus pandemic. Thus, La Voiture Noire will help maintain a certain level of festivity, the brand said. "Nothing can replace the Molsheim Christmas market. However, it is important for us to bring joy to people from the region in these difficult times," said Christophe Piochon, Site Manager and Managing Director Production and Logistics at Bugatti.

The show car of the one-off luxury model was premiere to the world at the Geneva Motor Show last year to mark Bugatti's 110th birthday. The hyper sports car pays homage to the legendary Type 57 SC Atlantic by Jean Bugatti, which went missing at the beginning of the World War II and was never found again. 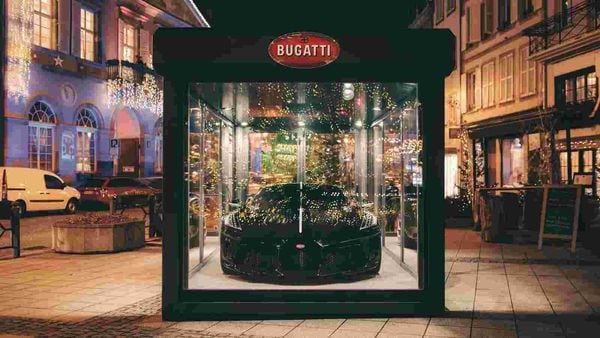 Bugatti La Voiture Noire has been safely locked in a glass container.