Four people have reportedly succumbed after testing positive.In a statement, Bajaj Auto has said that it will continue with its normal business operations, while taking all necessary safety measures.
By : HT Auto Desk
| Written By : Prashant Singh
| Updated on: 26 Jun 2020, 08:55 PM 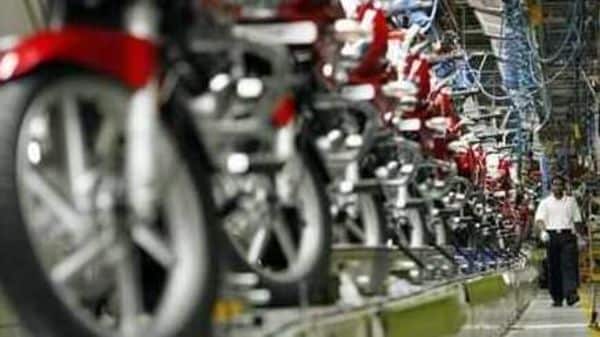 More than 200 employees of Bajaj Auto's Waluj plant in Aurangabad have reportedly tested positive for Covid-19 and four have succumbed to it. The company had gradually resumed manufacturing operations in the last week of April here after been given green light by regulating authorities.

According to a report quoting sources in Mint, there are over 200 workers who have tested positive for Covid-19 as on Friday. “About 165 workers were identified as positive covid-19 cases until three days ago. This number is now more than 200 and we assume another 100 cases in the vicinity, which is surrounded with several other factories. Despite these cases being identified over the past few days, the plant continued to operate," a source aware of the matter told Mint.

In response to the rising situation, Bajaj Auto released an official statement on the matter on Friday. "We had our first reported case on June 6. We have immediately taken all necessary measures for testing, contact tracing, self-isolation and complete sanitation as per protocol. All incidences were reported to the appropriate authorities," the communication read.

As per Ravi Kyran Ramasamy, Chief Human Resources Officer at Bajaj Auto, the company has been actively providing all necessary support to the affected employees. He also mentioned that despite the current situation, the company will continue plant operations. “We will continue our normal business operations, while taking all necessary safety measures, as the alternative is to shut down our operations with ‘no work no pay’ which will have a drastic impact on our employees and supply chain," Ramasamy said in a note.

No positive cases have been reported at the Bajaj Auto's Chakan (near Pune) or Pantnagar (Uttarakhand) plants so far.

Meanwhile, some employees at the manufacturing plants of other major automakers including Maruti Suzuki India Ltd, Toyota Kirloskar Motor Pvt Ltd and Hyundai Motor India Ltd had also tested positive for Covid-19 previously. The cases, however, were significantly lower than what is being reported from Bajaj Auto’s Aurangabad plant.

The company had previously also reopened dealerships and service centres - in the second week on May - after relaxation in the lockdown across several parts of the country.