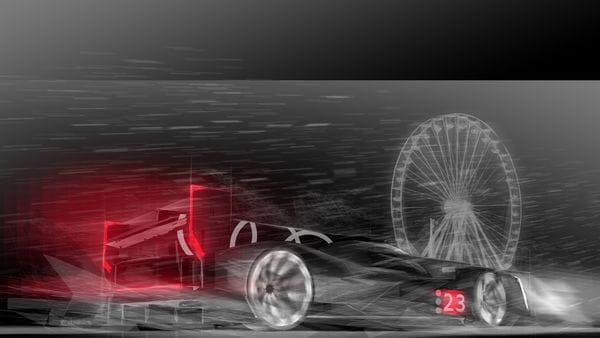 The new sports prototype will be just as much a genuine Audi as the Audi RS e-tron GT said the managing director of Audi sport. (Picture credit: Audi)

Luxury car brand Audi is all set to make its comeback to Le Mans sports car race and it is going to sport its electrified sports car for the 2023 season. The successor to its Audi R18 version is already in making. Julius Seebach, managing director at Audi Sport GmbH and responsible for Motorsport at Audi said, “The new LMDh category fits perfectly with our new set-up in motorsport." The new sports prototype is being built with close assistance from Porsche. Seebach also added that that company is working in collaboration with the Volkswagen Group which has a stronghold in developing road cars. “We are now transferring this proven model to motorsport. Nevertheless, the new sports prototype will be just as much a genuine Audi as the Audi RS e-tron GT that was launched recently and has also been developed on a platform shared with Porsche," he said.

Andreas Roos who looks after all factory motorsport commitments at Audi Sport said that the sports prototype for the new LMDh category is currently being made at Audi Sport. The company is also under some tight deadlines to manufacture SUV for the Dakar Rally which is an annual rally raid organised by Amaury Sport Organisation. “But, we also want to be perfectly sorted for our comeback at Le Mans. That’s why we are running both projects in parallel with the highest priority," added Roos. He also said that basic concept decisions for the prototype have been finalised. “We have selected a chassis partner and decided on an engine concept. Together with our colleagues from Audi Design, we are currently defining the look which will excite our fans," added Roos as per the release.

Audi recently took covers off its latest models that were Q4 e-tron and the Q4 Sportback e-tron SUVs. It also showcased the new A6 e-tron concept model at the Shanghai Auto Show. It is a full-size Sportback and the first model to be based on Premium Platform Electric (PPE) platform.