Along with Aston Martin Vantage, Aston Martin DBX will perform as a medical car in the upcoming FIA Formula One World Championship.
By : HT Auto Desk
| Updated on: 27 Feb 2022, 04:42 PM 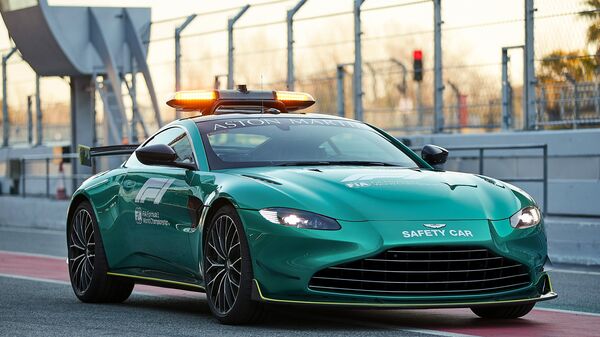 Aston Martin announced that its Vantage model will continue to be the official safety car for the FIA Formula One World Championship during the upcoming 2022 season. Along with this, the British marque's luxury SUV DBX will take on the role of a medical car in the championship.

The ultra-premium car company informed these models will support 12 of this year’s races. The safety car has taken inspiration from the Vantage F1 edition which the brand claims to be the most track-focused Vantage to date. Aston Martin conveyed the Vantage safety car has been adapted for the ultimate speed and performance in the races. The car will be driven by a driver appointed by FIA.

The driver and the passenger inside the car will have access to the FIA’s Marshalling System, which will display lights corresponding to any warning flags being shown, similar to the F1 cars. The car will be well covered by cameras inside and out to provide live TV footage.

The Aston Martin DBX SUV that comes with a power output of 550PS and a peak torque of 700Nm and can sprint to the speed of 96 kmph in a mere 4.5 seconds will be able to reach a scene of an accident as soon as possible, shared the British automaker. The company informed that it has incorporated some modifications in the SUV to make it well-equipped for the race track hazards. The car will carry types of equipment such as fire extinguishers to a defibrillator and a large medical kit bag.

Chief Executive Officer of Aston Martin Tobias Moers said the company is excited to be part of the championship. “Vantage and DBX will feature at 12 Grand Prix this year and, as much as I hope they won’t be called upon too often in the races, I think we all know they will be busy again as F1 enters this new era," added Moers.