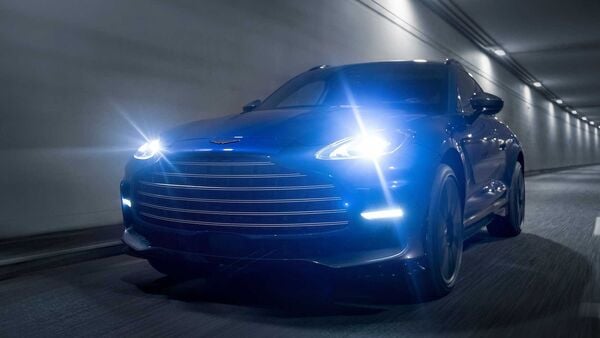 As Aston Martin pushes ahead with its turnaround plans, the carmaker expects demand for its DBX SUV to help balance out the delivery delays for the Valkyrie supercar. It plans to deliver as many as 90 Valkyries this year.

In January, the carmaker had delayed deliveries of the 2.4 million-pound Valkyries, which reduced its earnings before interest, tax, depreciation and amortization by about 15 million pounds. Still, the company said it sold more than 3,000 DBXs in the year, giving it a 20% share of the luxury SUV market.

The luxury carmaker is rolling out new variants of the DBX, including the 707, calling it the most powerful SUV. The auto manufacturer is also working on a V12 version of the Vantage sports car, an announcement of which shot up its shares as much as 6.6%. The company expects that the new variants, along with price increases across a range of products, will help improve its profitability, making 2022 a “meaningful year".

Aston Martin spent the last 18 months restructuring after a rescue by Canadian billionaire Lawrence Stroll. The 62-year-old fashion mogul injected cash and forged closer ties with Daimler AG’s Mercedes-Benz in the shift to electric and self-driving cars. This year, the carmaker expects to deliver more than 6,600 vehicles, a rise of 8%. It also has plans to spend about 300 million pounds ($408 million) on capital expenditures and research and development.

Additionally, the carmaker will introduce hybrid variants of all its models in the next two years, with the first fully electric cars by 2025, Stroll said in an interview. However, the global supply chain continues to remain an issue for the carmaker.

Aston Martin reported fourth quarter earnings before interest, tax, depreciation and amortization of 65.6 million pounds, falling short of analysts’ estimates of 81 million pounds. However, the company said it is on track to achieve its medium-term revenue and profit targets.