Nitin Gadkari says at Hindustan Times Leadership Summit that some of the green highway projects will be completed over the course of a few years.
By : HT Auto Desk
| Updated on: 27 Nov 2020, 08:47 PM 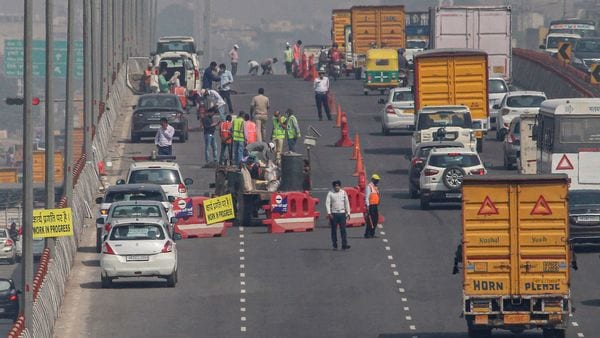 Union Minister Nitin Gadkari has assured to speed up the greenfield highway projects across India, including new routes, to make it easier and quicker to travel between two destinations.

Speaking at the HT Leadership Summit 2020 on Friday, the Minister for Road Transport and Highways said that his ministry has undertaken as many as 22 greenfield expressway projects across the country, some of which will be completed in the next couple of years.

(Related read - EV cost will come down, even phones were costly in past: Nitin Gadkari)

Citing one of the examples, Gadkari said that the upcoming Delhi-Mumbai express highway will be completed within next two years. It will help cover the 1300-km distance between the two cities in a matter of just 12 hours.

Further, the ministry is also trying to set up a seamless link between the north and south. He said, "We are now trying to start Delhi-Chennai and Delhi-Bengaluru express highways. Three packages have already been awarded."

(No Covid impact on road projects, targets on track: Nitin Gadkari at HTLS 2020)

The new greenfield expressways will help traffic from north to avoid Mumbai and Pune and use this upcoming highway to hit southern cities like Bengaluru and Chennai. Currently, the road from Surat takes a detour through Mumbai, which makes the journey longer.

Gadkari said that currently, people going from Delhi to Amritsar go via Chandigarh and onwards to places like Jammu & Kashmir. "Now we are making new highway, Delhi to Amritsar green express highway, going up to Katra. So one can do a Delhi to Amritsar trip within six hours. We have already fixed up the alignment and land acquisition has started," he said.

He also said that the deadline to complete the Delhi-Meerut Expressway has been extended to January. Currently it takes about one and a half hours to cover the distance. Gadkari said only two railway over bridges remain pending in the project. Once completed, the time taken to cover the distance between Delhi and Meerut will come down to about 45 minutes.

Earlier in September, Gadkari had extended the deadline to complete the project to December. The stretch between Akshardham in Delhi to UP Gate and the stretch between Dasna to Hapur are operational. The other two phases connecting UP Gate with Dasna and Dasna with Meerut are under construction.

The phase 1 of the project (Akshardham to UP Gate) caters to about 1.2 lakh passenger car units (PCUs) per day. The phase 2 (UP Gate to Dana) is about 19.2km while phase 4 (Dasna to Meerut) is about 32km and is being built as a six-lane access-controlled highway.