No Covid impact on road projects, targets on track: Nitin Gadkari at HTLS 2020

Nitin Gadkari says at Hindustan Times Leadership Summit that the Ministry of Road Transport and Highways is taking initiative to fast-track stalled projects as well.
By : HT Auto Desk
| Updated on: 27 Nov 2020, 07:45 PM 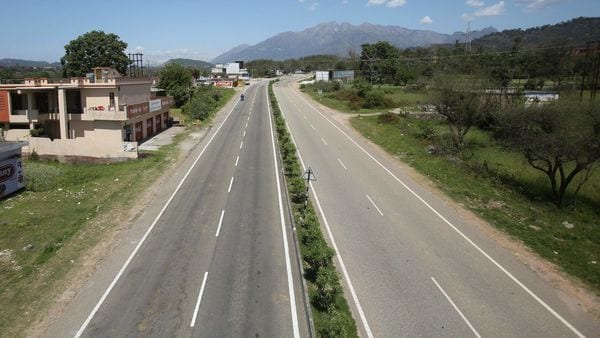 Union Minister Nitin Gadkari has assured that construction of roads, highways and expressways are going unhindered despite Covid-19 crisis.

Union Minister Nitin Gadkari has ruled out any impact of the ongoing Covid-19 crisis on construction and development of roads, including several ongoing greenfield highways and expressways.

Speaking at the HT Leadership Summit 2020 on Friday, Union Road Transport and Highways Minister said his department is taking all the initiatives to fast-track some of the stalled projects as well.

The ministry is clocking around 11,000 kms of roads built every year, which has almost doubled in the last five years. Gadkari said, “Road construction industry has the highest potential and economic viability due to traffic density." He feels that it can help increase the liquidity in the market, especially in the current scenario. He said that these are the reasons why his ministry is accelerating highway projects across the country.

(Also read: EV costs will come down, even phones used to be expensive in past, says Gadkari)

He said spending more on infrastructure during current crisis will not only help boost the economy but also use Covid as an opportunity. Gadkari revealed the steps taken by his ministry to achieve this. He said, “Considering this important role of my ministry and taking advantage of the situation, we are fast-tracking the construction activities throughout India. Also major initiatives have been taken to ease the financial situation of the builders."

The government is planning to build highways worth ₹15 lakh crore in the next two years.

Execution of road projects this fiscal could be in the range of 9,000-9,200 km, almost 10 per cent lower than FY2020, due to Covid-19 related lockdowns and restrictions, according to rating firm Icra.

Last fiscal, nearly 10,237 km of road projects were completed, the rating agency said in a report.