Upcoming electric cars under ₹20 lakh in India in FY23

Mahindra e-KUV100 is one of the most awaited electric cars.

The Indian electric car market has witnessed significant growth in the last couple of years. In 2021, a total of 329,190 electric vehicles were sold in India, representing a 168 per cent growth over 2020's sales of 122,607 EVs. While this growth was majorly driven by electric two and three-wheelers, electric cars too witnessed significant growth, led by Tata Motors' Nexon EV. In 2022 as well, the trend is likely to continue.

While the majority of electric cars available in the Indian market are priced well above ₹20 lakh, only Tata Motors sells its Nexon EV and Tigor EV with a sub- ₹20 lakh pricing. However, the automaker seems to be facing steep competition from some of its rival brands that would launch sub- ₹20 lakh electric cars in India soon.

Here are a couple of upcoming electric cars that would be priced well below ₹20 lakh.

Mahindra e-KUV was showcased in a concept form for the KUV100 micro SUV. The EV was scheduled to launch in the Indian market before but got delayed. However, now the auto company aims to launch it and expect e-KUV to hit the showrooms sometime later this year. Upon launch, it could be priced around ₹8.50 lakh (ex-showroom), which would make it the most affordable electric car in India. 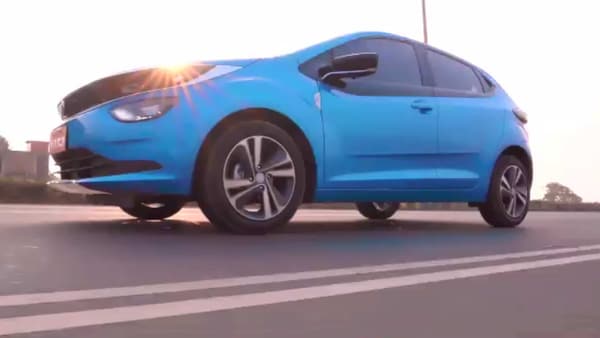 Tata Altroz would be launched with the Ziptron technology.

Tata Altroz is likely to be the third electric car from the homegrown automaker. Tata Altroz EV has been already showcased by the automaker and it received pretty good attention. The Altroz EV would be priced between Tiro EV and Nexon VE, well below ₹20 lakh (ex-showroom). It is likely to hit showrooms sometime during the upcoming festive season.

Mahinda XUV300 is one of the bestselling vehicles from the carmaker. The homegrown SUV special auto company is planning to launch an electric variant of the SUV, which would compete with rivals like Tata Nexon EV. It could be launched in late FY23.