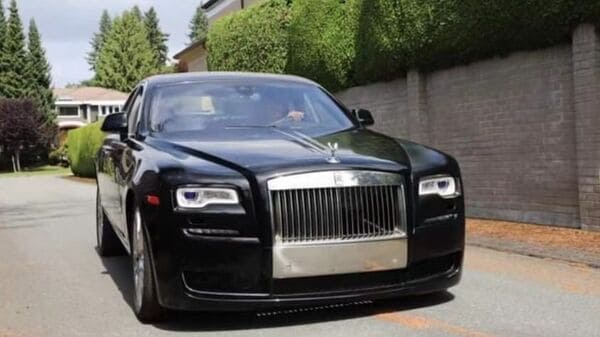 Rolls-Royce is might be yet to launch its first all-electric car, but a Canadian businessman already owns a Rolls-Royce Wraith EV, which offers a 500 km cruising range on a single charge. Richmond News reports that the businessman named Vincent Yu spent four years to turn his Roll-Royce Wraith into a posh electric car.

The report also says that in an attempt to convert the luxury car into an EV, Yu gave up his house, several years of his time, money and eventually his partner in life as well.

The report claims that Yu spent time flying to Japan, Germany and US numerous times in order to purchase different components for his ambitious project. To get the finance for the project funding, he even sold his house. Also, Yu's wife left him when she got fed up with the EV conversion project. However, none of these stopped Yu from his dedication to the project and he's proud of his work.

Yu claims the electric luxury coupe can run 500 km on a single charge. He also said that it costs him $6.29 in electricity to charge the battery of the luxury electric car, which is substantially lower than the $94.39 that he required to fill its fuel tank with petrol.

Inspired by the success of the Wraith EV conversion, Yu has now opened a shop called Mars Power in Richmond, British Columbia, Canada. He has been using everything he learned during thee Wraith conversion project to convert other petrol powered vehicles into electric ones.

As Yu says, his oldest daughter gave him the idea to convert his Rolls-Royce Wraith into an EV. The girl reportedly came home from school one day and complained about Yu's driving habits. she reportedly said that Yu shouldn't act ;like a weathly person by driving a stinky car around town and polluting the air. This was the moment when Yu started thinking about the conversion of his car into an EV and also started conversations with a small team of mechanics and machinists who now work in his new shop.