Tesla faces a challenge from Amazon, may lose some workforce over WFH-RTO debate

Tesla employees who doesn't want to return to office and want to continue working from home are getting an cryptic welcome message from Amazon.
By : HT Auto Desk
| Updated on: 06 Jun 2022, 07:34 AM 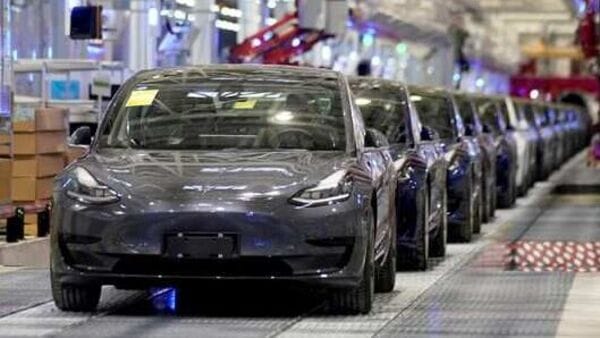 Tesla CEO Elon Musk has threatened to fire the employees who don't want to come back to the office and continue work from home.

Tesla seems to be facing a new challenge from Amazon, but not in terms of any cars or other services. Instead, Tesla is facing the risk of a sizeable chunk of its workforce to Amazon over the ongoing debate around Work-from-Home (WFH) and Return to Office (RTO). A technical recruiting leader of Amazon Web Services has posted a cryptic message on his LinkedIn profile. He wrote in an ironic tone that if Tesla doesn't want its employees who still want to work from home, they would be welcome at Amazon. The Amazon employee even called Tesla CEO as ‘The Emperor of Mars’ hinting at Elon Musk's ambition to colonize the red planet in spite of much criticism and pushback.

The post comes at a time when Elon Musk has been facing a lot of criticism for writing a mail to the Tesla executives ordering them to come back to the office and put in a minimum of 40 hours of work per week. Also, he has threatened to fire the employees who don't follow this order and want to continue their work from home. This order was not received well by many executives who still prefer to work from home.

The post also comes at a time when Tesla CEO Elon Musk has announced his plan to fire as much as 10 per cent of the electric vehicle manufacturer's workforce.

The cryptic post by the Amazon requiter said that if the emperor of Mars doesn't want the employees, Amazon will be happy to bring them over to AWS. “If the Emperor of Mars doesn't want you, I'll be happy to bring you over to #AWS. We'll find you a happy home here that respects you, your time and your profession. We will find you a team that treats you with dignity," the post reads.