Tesla CEO Elon Musk hints what could be Cybertruck's pricing 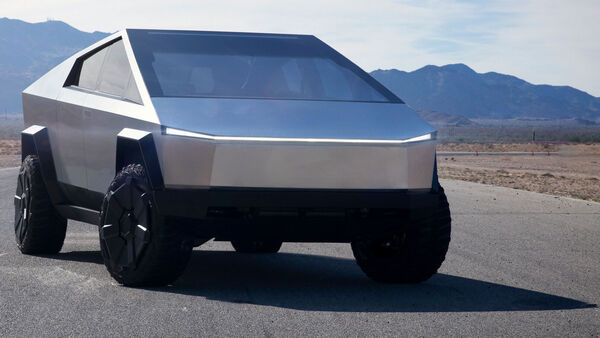 Tesla CEO Elon Musk has hinted about the pricing of the much-awaited Cybertruck electric pickup truck. Despite revealing the pricing of the Tesla Cybertruck, Musk has said that the company's main focus is affordability. He said that creating an expensive electric truck is relatively easy. Musk also said that Tesla's primary challenge is affordability. This indicates that the upcoming Tesla Cybertruck could come priced cheaper than the GMC Hummer EV pickup truck and Ford F-150 Lightning. Interestingly, GMC Hummer EV pickup Edition 1 is priced at around $110,000.

(Also read: Why Elon Musk wants oil production to increase now, even if it's bad for Tesla)

"Our primary challenge is affordability. Creating an expensive truck is relatively easy," said Tesla CEO in a tweet. He also said that introducing an affordable electric pickup truck is extremely hard for Tesla, despite its greater economies of scale and better technology. He also said that for other manufacturers, an affordable EV product is near impossible. "If it is extremely hard to do so for Tesla, despite our much greater economies of scale & better technology, then it is damn near impossible for others," Musk wrote.

Our primary challenge is affordability. Creating an expensive truck is relatively easy.

If it is extremely hard to do so for Tesla, despite our much greater economies of scale & better technology, then it is damn near impossible for others.

Interestingly, Musk's words are very similar to what Stellantis CEO Carlos Tavares recently said about EV production costs. Tavares said that battery-electric car production is 40-50 per cent more costly than conventional counterparts. He also said that Stellantis is exploring the possible ways how not to transfer those high costs to consumers.

Interestingly, Musk's tweet comes at a time when several automakers around the world have been working on electric pickup trucks with highly expensive price tags. Legacy automakers like Ford and General Motors have already built their products in the segments, while Nissan, Toyota, Volkswagen too are working on their respective products. several EV startups like Rivian too are working on electric pickup trucks. However, despite so much hype in this segment, none of the products is affordable.