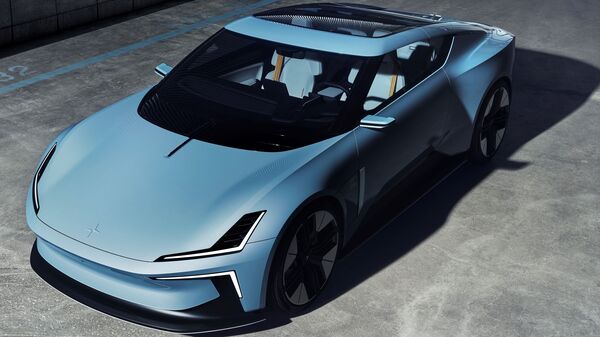 Polestar is reportedly taking a less is more design approach, similar to Volvo.

Polestar CEO Thomas Ingenlath believes that the current car design is arrogant and flashy. He also believes that the car design should be more subtle. Interestingly, Volvo's most recent design language has adopted the less is more philosophy and the same approach appears to be embraced by the Swedish luxury car giant's electric spin-off Polestar.

The latest design language of Volvo and Polestar cars appears with fewer vents, creases and edges on cars. Instead, they focus on smoother surfaces on their vehicles. This subtle design approach not only reduces the aggressiveness of the car but helps in improving aerodynamic efficiency as well.

Speaking with Top Gear, Polestar's CEO said that his company is trying to make an exception in a sea of ultra-aggressive vehicles. He also said that current-generation cars are so arrogant in their design attitude that they molest people with these expressions and look like they are all shouting at you. However, he praised the Land Rover Defender and Range Rover. Apart from that, he also praised the Renault and Lucid cars.

According to the former Volkswagen AG designer who worked with Skoda, car design is important all over the world. However, Europeans and Americans tend to care more about how a car drives than people in Asia, he explains. "Design is a big thing that works worldwide, that's for sure. The quality about how the car drives, that of course is a more European and US thing. In Asia it's not necessarily that much of a topic that makes you a star there," he added.