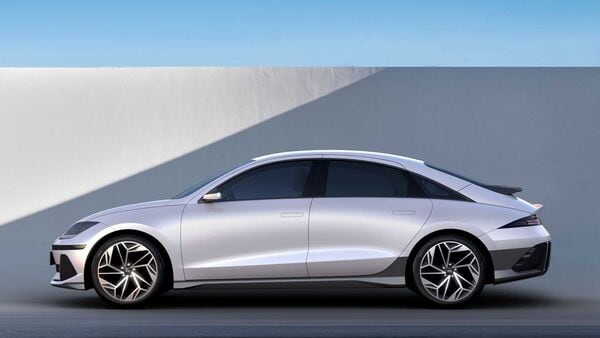 Hyundai Ioniq 6 could spawn out a high performance N variant.

Hyundai has just unveiled its much-hyped electric sedan Ioniq 6. The automaker is gearing up to disclose the technical specifications of the EV next month. Ahead of that, the chief designer of Hyundai SangYup Lee has hinted that the automaker is planning a shooting brake variant of the car and an N performance variant as well. Auto Express reports that the Hyundai chief engineer said he can make a great hatchback out of the Ioniq 6, a shooting brake. This would help the automaker to extend the product portfolio based on the all-new EV.

Interestingly, This plan can bring a real product considering the fact that Hyundai's luxury car wing Genesis already has such a car in form of the G70 Shooting Brake.

The potential Hyundai Ioniq 6 could come with rear doors, meeting the full criteria to be a shooting brake-styled car. However, it is too early to think what the automaker would bring, as it has just unveiled the Ioniq 6 and is yet to disclose its technical specifications.

Apart from a shooting brake variant, Hyundai is also considering an N-badged high-performance model derived from the Ioniq 6. Hyundai is already working on the Ioniq 5 N. Hence, Ioniq 6 N seems a real possibility. The E-CMP architecture that underpins both Ioniq 5 and 6 is capable of housing high-performance variants of both these models.

Hyundai subsidiary Kia currently has EV6 GT in its product portfolio that is based on the same E-GMO platform. This car is capable of churning out a combined power output of 577 hp from its dual electric motors along with a 740 Nm of torque output. This spicy AWD variant of the EV6 is capable of reaching 100 kmph from a standstill position in just 3.5 seconds at a top speed of 260 kmph.