How battery swapping could propel India's shift to electric vehicles

Battery swapping makes immense sense for the Indian market, as it would significantly boost EV adoption in the country.
By : HT Auto Desk
| Updated on: 21 Mar 2022, 02:54 PM 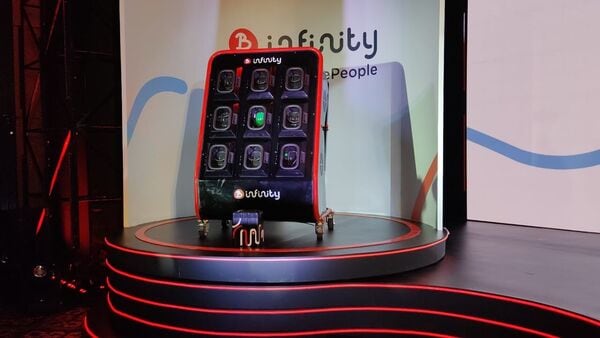 Charging an EV battery is way far painstaking than refuelling conventional petrol or diesel vehicle. While lack of charging infrastructure is already a worry for the stakeholders, an average charging time of at least five hours is something that adds insult to injury. In such a situation, battery swapping seems the answer to the problem.

With the Indian government focusing especially on the battery swapping technology through its dedicated policy, the EV update is expected to see a boost in the coming days.

What is battery swapping?

The battery swapping not only significantly minimizes crucial downtime for the EV owners but comes at a price of nearly one-third of one-litre petrol refuelling. Commercial EV operators such as last-mile delivery providers, ride-sharing service providers can benefit from this technology. Apart from that, battery swapping technology also helps the EV owners with additional range, addressing one of the greatest concerns - range anxiety. Also, opting for swappable batteries or battery-as-a-service will result in a lower upfront cost for EV buyers.

The battery swapping technology in India is expected to be majorly used by the country's 1.5 million electric rickshaws that make up 83 per cent of total EV sales in India. As swappable batteries deliver a shorter range, they’re a better fit for low-speed EVs compared to larger cars, which need high-power batteries to deliver greater distance.