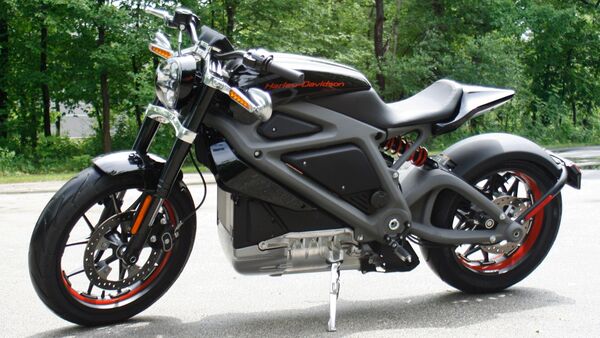 Harley-Davidson has been focusing on electric premium motorcycles for quite a long time. The US premium motorcycle marquee has already formed a dedicated EV division named LiveWire EV. The LiveWire EV is now ready to unveil its Del Mar, which is going to be the brand's first middleweight electric motorcycle. LiveWire has already teased the motorcycle online ahead of its global debut later this month on May 10. This comes on the back of Harley-Davidson and LiveWire EV CEO Jochen Zeitz's comment that LiveWire's first middleweight electric bike would be revealed in the second quarter of 2022.

LiveWire has already introduced the LiveWire One, which is widely regarded as a solid step towards a shift to electric powertrain-driven premium motorcycles from conventional internal combustion engine-powered motorcycles.

In February this year, LiveWire EV revealed that it will be naming the first of its S2 bikes Del Mar. The S2 represent middleweight models in the electric premium bikemaker's portfolio. The upcoming model slated to unveil on May 10 will come christened as S2 Del Mar LE. However, the EV company is still tightlipped about the model's details.

The LiveWire S2 electric bikes will come with the company's Arrow drivetrain architecture, which is proprietary and scalable. The Ev company is also planning to use a scaled-down iteration of the Arrow, which would be named S3.

Speaking about the LiveWire S2 Del Mar LE, if it comes as a flat track bike, instead of a street bike, the motorcycle could enter production as a limited edition one.

While electric cars have already started hitting the markets around the world, in the two-wheeler segment, electric scooters are dominating. When it comes to electric motorcycles, the numbers are too less, especially in the premium category. With the LiveWire EV, Harley-Davidson aims to grab a sizeable chunk of the market.