Flying taxi service to get a boost, AirAsia to launch a 100 strong fleet 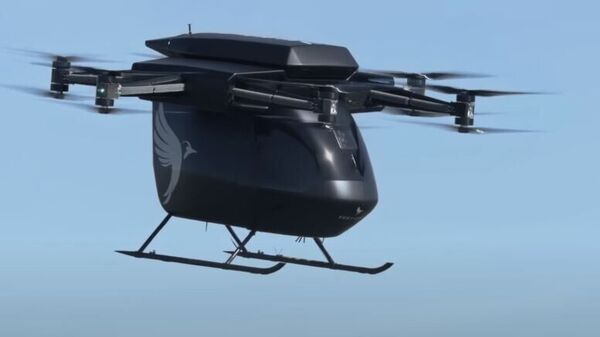 AirAsia Aviation group plans to launch a 100-strong fleet of electric flying taxis, as it aims to start an air ride-sharing service in Southeast Asia. The aviation group on Wednesday has said that it will lease at least 100 flying taxis from Avolon.

The company will use Avolon Vertical Aerospace VX4 aircraft as flying taxis for its air ride-hailing service. The company has also said that its first VX4 test flight is expected to take place in April this year. The two companies have already signed a non-binding deal for this flying taxi lease program.

A Reuters report claims that Avolon ordered 500 units of VX4 aircraft from Vertical Aerospace last year and has since placed 90 per cent of them with AirAsia, Japan Airlines and Brazil's Gol and Grupo Comporte.

The VX4 electric aircraft can vertically take off and land anywhere, making them capable of flying in urban space as air taxis. They come with a helicopter-like crew and passenger pod and six sets of twin-blade rotors.

Vertical Aerospace claims that its VX4 aircraft can carry a payload of 250 kg. The company also claims that these aircraft come with a powerful battery pack that sends energy to all the rotors. The VX4 aircraft can fly at a top speed of 80 kmph, claims the manufacturer. Just like a conventional helicopter, it can hover at a place as well.

These aircraft can carry up to four passengers and one pilot. It is claimed to have a flying range of more than 160 km on a single charge.

Speaking about its service, Tony Fernandes, CEO of AirAsia parent Capital A, said that commercial operations of these flying taxis could start by 2025, with regulators in Malaysia and Singapore likely to approve operations far more quickly than in Indonesia, Thailand and the Philippines.

He also said that the air ride-sharing services would be bookable through AirAsia's mobile app and offered at an accessible price point, just as the budget carrier had done for its regular flights. He further added that the company aims to make this service accessible for all.