The facility will convert vehicles with internal combustion engines into electric vehicles and will start operations in the next six months.
By : HT Auto Desk
| Updated on: 27 Jun 2022, 16:25 PM 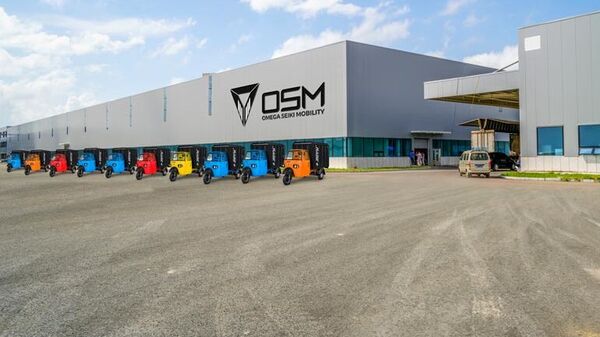 Electric vehicle maker Omega Seiki Mobility announced that it will set up a retrofitting facility worth $25 million near Chandigarh, Punjab. The facility will convert vehicles with internal combustion engines into electric vehicles. The EV company's Founder and Chairman Uday Narang informed the retrofit facility will start operation by the end of this year.

Narang also mentioned that since the financing of electric vehicles still remains a challenge for customers and hence these retrofitted vehicles will be within the reach of interested customers. “We have tied up with a global player for retrofit technology to get into the conversion of vehicles with ICE engines into electric powertrain vehicles. We are setting up a retrofit plant in Mohali in Punjab on 5-acre land," he was quoted as in a PTI report. Narang added the upcoming facility will initially take up small and light commercial vehicles for retrofitting and then gradually take on buses and other vehicles too.

The recent surge in the prices of fuels, particularly diesel, has impacted the earnings of the ICE-driven commercial vehicle operators and along with this, the demand for EVs has also gone up significantly. Narang added that since retrofitted vehicles bring down the cost of an electric vehicle significantly compared to buying a new one, this move may be a good option for many.