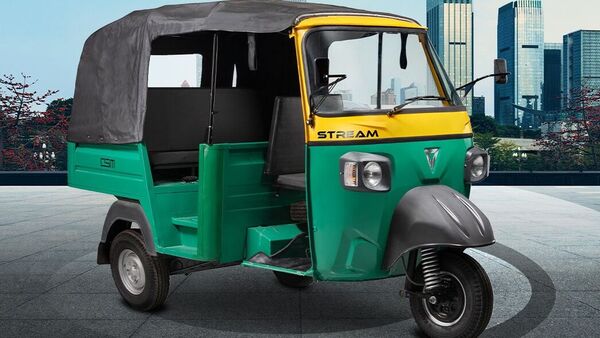 Omega Seiki Mobility has ventured into the passenger electric three-wheeler segment with the launch of Stream. The three-wheeler is priced at ₹3.40-lakh (ex-showroom, New Delhi) after government subsidy. The company has invested around $12-15 million in the development of the new product, which has been designed to cater to the domestic and overseas markets demand. The Faridabad-headquartered company also deals in the electric cargo three-wheeler segment.

The EV company has claimed that its electric passenger three-wheeler will provide an improved earning potential of 20-25 per cent, ensuring good savings and profits. “. As the innovators of green mobility space, Omega Seiki Mobility is poised to be at the forefront of the EV revolution," said Uday Narang, founder and Chairman of Omega Seiki Mobility.

Omega Seiki is aiming to sell around 35,000-40,000 units of Stream passenger electric three-wheeler next year, while it expects for 60 per cent of the total volumes to come from the domestic sales. Remaining sales of 40 per cent are expected to come from the overseas market such as Africa and ASEAN countries as well as Latin America.

The EV company has also partnered with various banks and NBFCs to facilitate vehicle financing. Support in financial terms can also be availed through the company's in-house financing arm 'Anglian Finvest'.