Home Auto Electric Vehicles Bmw 3 Series Ev Could Launch In 2027, To Have Separate Platforms For Ev And Ices

BMW 3-Series EV could launch in 2027, to have separate platforms for EV and ICEs 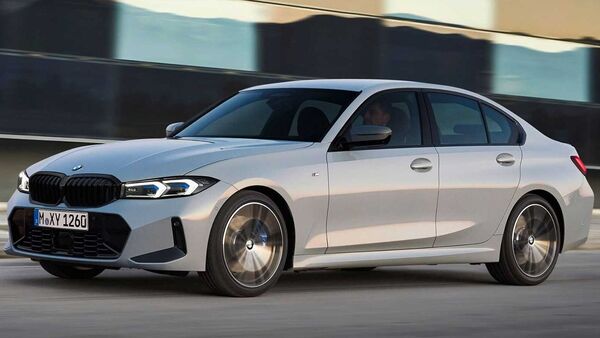 The front and rear profiles of the new BMW 3-Series have received a host of subtle yet significant changes in the latest midcycle update.

BMW 3-Series electric vehicle will be launched in 2027, and there will be two separate architectures for the EV and the ICE variant, claims BMW Blog. The BMW 3-Series EV is expected to be based on the German luxury car brand's upcoming Neue Klasse electric platform, which is slated to debut in 2025. The 3-Series will be the opening model for this platform.

The report claims that the BMW 3-Series fossil fuel models could come as G50 or G51 3-Series, riding on the CLAR modular platform meant for the internal combustion engine and hybrid powertrains. The ICE variant will co-exist with the Neue Klasse electric 3er, which is likely to be dubbed as the i3 and internally codenamed as NA0, further claims the report.

The current BMW 3-Series made its debut at the Paris Motor Show in 2018 and received a mid-cycle refresh in May this year. The updated model comes with minor exterior tweaks at the front and rear fascia of the sedan. Inside the cabin, it gets a wide range of technological upgrades featuring a large curved screen comprising dual displays for the driver and the centre touchscreen infotainment system. If The auto manufacturer continues with its typical lifecycle updates, then the 3-Series is expected to receive a refreshing touch again in 2025, which makes perfect sense for a new platform to take over.

The launch and coexistence of an ICE variant and an all-electric iteration of the popular sedan from BMW will leave the choice upon the consumers what they want for their drive. This is quite the opposite of the strategy adopted by several automakers for shifting toward electric mobility, as many car brands have set targets to shift completely toward zero-emission mobility and planned to ditch the ICE models altogether.