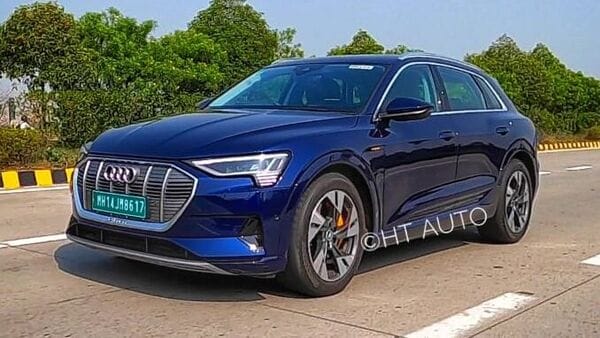 As per a study based on Google search volume data, Chrysler Capital has found out that Audi e-tron is the most searched-for vehicle in the US with 4,460 monthly searches, beating Tesla, which actually did not even make it to the top four. The study reflects the preferences and interests of the America internet users and second position in electric vehicle search is occupied by the Chevrolet Bolt EV with 1,380 monthly searches.

These are followed by Mercedes-Benz EQ and BMW i4 with 450 and 170 monthly searches each. The Chrysler Capital study also noted preference of American internet users in terms of the most searched-for vehicle overall and the results were such that Jeep Wrangler grabbed the first position with 166,950 monthly search volume. Second and third positions were grabbed by Toyota Tacoma and Toyota 4Runner 107,680 and 69,820 monthly searches.

These were followed by Honda Civic, Ford F-150, Jeep Grand Cherokee, Ford Ranger, Dodge Charger, Honda CR-V and Toyota Tundra, respectively, with monthly search volumes for these ranging between 45, 670 and 61,220.

The study noted that Honda Civic has the most number of Instagram hashtags on social media and thus has quite a popularity among Americans. Surprisingly, the Honda CR-V is the sixth most popular car on Instagram with one million hashtags. That’s one fifth as many as the Civic and half as many as the Dodge Charger.

Another part of the study included checking the type of vehicle that is most searched-for by American internet users, and the top one on the list if SUV, followed by minivans, sedans, coupes, wagons, and hatchbacks.