The standard of EV batteries have been formulated based on several real world scenarios which also include operating battery at low and high temperature.
By : HT Auto Desk
| Updated on: 24 Jun 2022, 09:04 AM 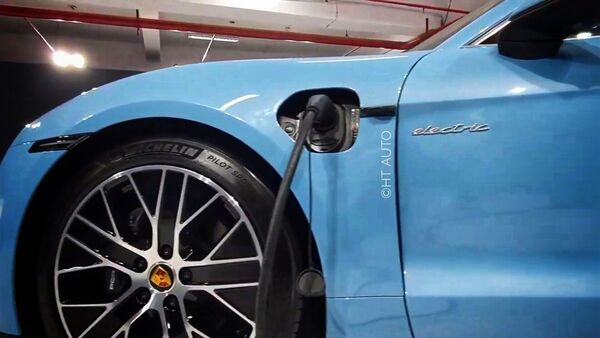 The Bureau of Indian Standards or BIS, which is the central standards-setting agency working under the consumer affairs ministry, has spelled out the minimum standards required in batteries for electric vehicles in India. BIS has issued the performance standards for EV batteries at a time when several EV fire incidents have raised safety concerns among customers. Two separate investigations ordered by the Centre are underway already into such incidents.

The BIS has issued the new performance standards for EV batteries which will have to go through tests based on performance, reliability and electrical functionality. The standard of EV batteries have been formulated based on several real world scenarios which also include operating battery at low and high temperature. The tests also involve battery performance when not in use for a long time or when being shipped or stored.

According to a BIS official, the standard "IS 17855: 2022" has been formulated for lithium-ion traction battery packs and systems of electrically-propelled road vehicles and it has been harmonised with ISO 12405-4: 2018.

Besides the new guidelines, the BIS is also expected to come out with two more standards related to batteries for various passenger and goods carrying vehicles in coming days.

EV fire incidents in recent times have triggered a safety debate in India. The most recent incident involves a Tata Nexon EV which caught fire in Mumbai this week. The Centre has already ordered an independent inquiry into the incident. This is the second time that the Centre has involved itself in probing EV fire incidents. Earlier, after several electric two-wheeler fire incidents, the Centre ordered a separate probe to find the cause and figure out remedial steps to increase safety and reduce such incidents in the future.

Electric vehicle industry in India has seen meteoric rise in the last two years with as much as five times increase in sales in both four-wheeler and two-wheeler passenger vehicle segments. Tata Motors leads the EV four-wheeler segment with more than 80 percent market share. In the two-wheeler segment, EV makers like Hero Electric, Ola Electric and Okinawa Autotech are some of the top manufacturers.