Toyota Hyryder is the rebadged version of the new Maruti Suzuki Vitara, which is originally the updated Vitara Brezza.
By : HT Auto Desk
| Updated on: 26 Jun 2022, 17:56 PM 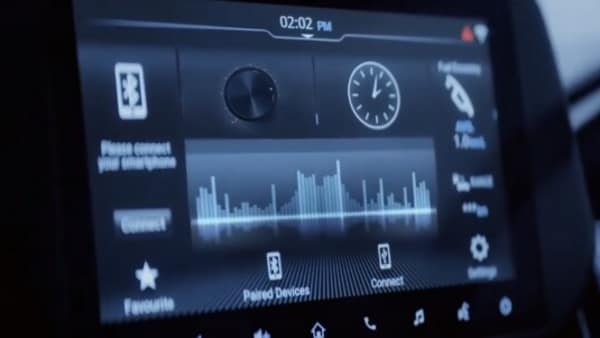 Toyota Hyryder's main attraction inside its cabin is the touchscreen infotainment system.

Toyota India is all set to launch the Toyota Hyryder SUV and ahead of its arrival, the automaker has teased the car's cabin on social platforms. The teaser video gives us a glimpse of what the Toyota Hyryder cabin would look like. The SUV's cabin appears stylish and premium with the overall design layout and features to be offered. It gets a large touchscreen infotainment system at the centre top of the dashboard, which would be the main attraction inside the cabin. Other design elements include chrome embellished door trims and dual stitching pon the leatherette upholstery on the dashboard. Expect the cabin to offer similar space and comfort as the currently selling Toyota Urban Cruiser.

Toyota Hyryder will come with a design that is in line with the new Maruti Suzuki Vitara. The SUV gets a stylish front fascia with LED daytime running lights positioned at the tip of the bonnet, while the LED projector headlamps are positioned a bit lower. The front grille gets a bold hexagonal mesh and there would be a skid plate as well. Other design elements include sporty-looking alloy wheels, LED taillights etc. Expect chrome trim around the exterior.

Upon launch, Toyota Hyryder will compete with rivals like Maruti Suzuki Vitara, Hyundai Venue, Renault Kiger, Nissan Magnite etc. It will help Toyota to strengthen its position in the SUV segment, where it currently has offerings like the Fortuner, one of the bestselling SUVs in India for a long time.