Volkswagen Taigun SUV launch on September 23, will take on Creta and Seltos

Volkswagen Taigun will be offered in two petrol engine options and manual as well as DSG transmission units.
By : HT Auto Desk
| Updated on: 24 Aug 2021, 17:38 PM 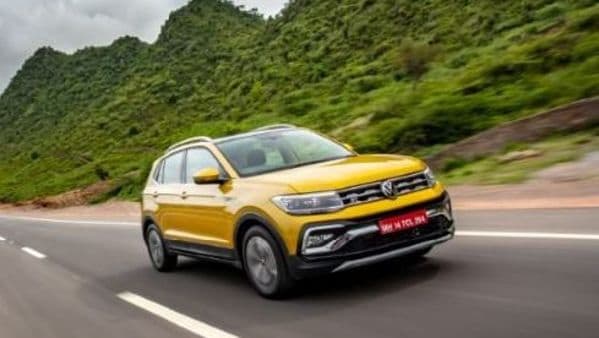 Volkswagen Taigun is looking at making a solid mark in the mid-size SUV market.

Volkswagen Taigun will be officially launched in India on September 23. Bookings for Taigun were opened earlier this month and the compact SUV is now raring to take the fight to well-established rivals like Hyundai Creta, Kia Seltos, Tata Harrier, MG Hector Plus as well as its recently-launched cousin Skoda Kushaq.

Being manufactured at Volkswagen plant in Chakan, near Pune, Taigun is a crucial part of the German brand's India 2.0 strategy. Based on the MQB A0 IN platform, a derivative of the famous MQB architecture, Taigun is being touted as an SUV that is tailor-made for the Indian customer while still retaining the Volkswagen build quality.

On the outside, the Volkswagen SUV gets smart design elements like a clean front grille, dollops of chrome all around, 17-inch alloy wheels and a stretched-out LED tail light scheme. Step inside and the car is decently loaded with features such as support for wireless Android Auto and Apple CarPlay, sunroof, ten-inch main infotainment screen, eight-inch all-digital driver display, among others.

Volkswagen has already started the process of previews for customers at select locations. “The Taigun is a bold, dynamic and German engineered SUV that perfectly matches the requirements of an Indian customer," Ashish Gupta, Brand Director, Volkswagen Passenger Cars India, had previously said. “Through the multi-city exclusive preview, we aim to give our customers an opportunity to experience the Volkswagen Taigun along with our new brand design language and digitalized solutions that enhance accessibility and convenience for the customer."

The company is hoping that the vehicle carves out a space for itself in a crowded yet lucrative space in the mid-size SUV segment.