Volkswagen India has opened bookings for its India-bound SUV T-Roc.The SUV is currently on display at the Auto Expo 2020.The launch of T-Roc SUV is expected In April this year.
By : Sabyasachi Dasgupta
| Updated on: 11 Feb 2020, 12:47 PM

Volkswagen T-Roc on display at the Auto Expo 2020

Volkswagen India is all set to officially launch the first of its two India-bound SUVs - T-Roc and Tiguan AllSpace. Both the SUVs were unveiled and on display at the Auto Expo 2020.

The pre bookings for both SUVs are open and they are expected to be launched this year in April or afterwards.

The Volkswagen T-Roc has a progressive design language, with a coupe-style roof, distinctively wide front end and concise proportions. The SUV comes with integrated LED headlights and LED daytime running lights. The dual tone roof top enhances the sporty look, as it matches perfectly with the eclectic body colour.

The carline will be introduced with a TSI petrol engine mated to Volkswagen’s 7-speed DSG gear box. Further, it will consist of all the standard equipment that’s part of the brand’s global SUV portfolio – panoramic sun roof, 6-airbags, ABS, ESC and infotainment solutions for Apple and Android users, providing customers a comfortable driving experience.

The T-Roc will be powered by a 1.5-litre BS 6-compliant petrol engine that churns out 148bhp of power and 250Nm of torque.

When launched, the T-Roc SUV will compete against the likes of Hyundai Creta Kia Seltos and MG Hector. 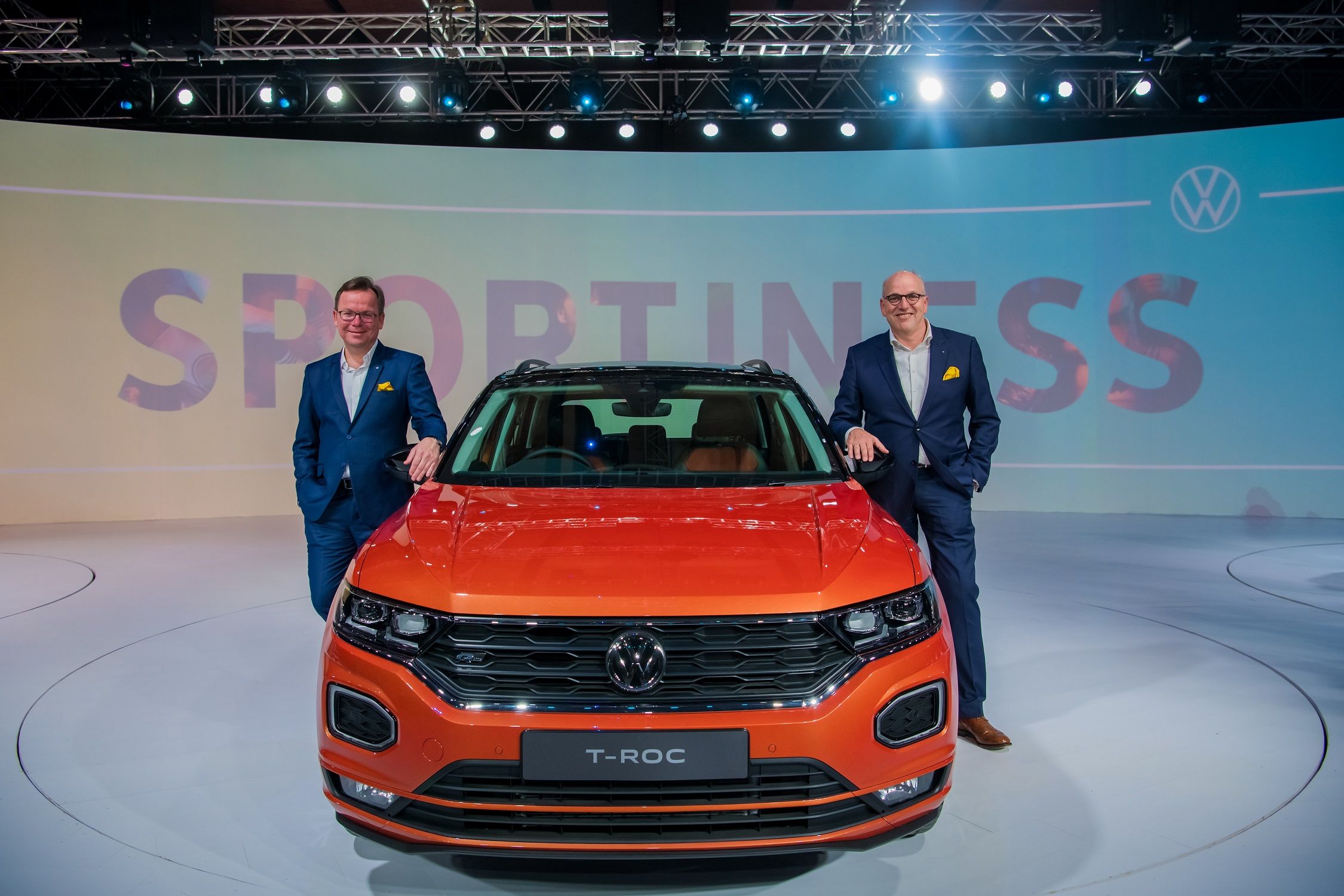 Earlier, German auto major Volkswagen had said it is looking to focus on SUV segment in the Indian market with plans to drive in four such models over the next two years.

"There is lot of excitement within our organisation as we are transforming rapidly. We are making market specific strategies and we are on move to move forward here in India," said Volkswagen brand board member Juergen Stackmann.