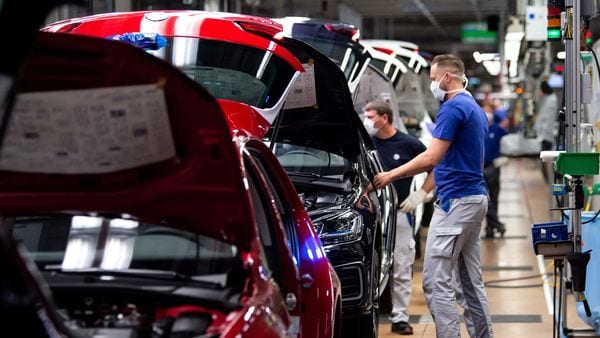 Volkswagen wants to use an open-source approach to refine elements of a software-based car operating system being developed by the carmaker, Christian Senger, its board member responsible for digital services and software, said.

With the advent of autonomous driving, carmakers have been forced to link up radar, camera and ultrasonic sensors and connect them to braking and steering components, something which requires thousands of lines of software code.

"There is a race to create automotive operating systems. We are seeing that many non-automotive players are building up competence in this area," Senger told Reuters.

By 2025, VW wants to increase its own share of software development on its cars to 60%, from 10% at present, and to design the electronics and vehicle architecture as well.

Volkswagen board member Thomas Ulbrich said in March that U.S. electric car manufacturer Tesla has a 10-year start on rivals when it comes to building electric cars and software.

"In future there will likely be fewer automotive operating systems than carmakers," Senger explained.

Volkswagen will define the core operating system but may seek an open source approach to enhance elements of it.

"The operating system is not something that we will control on our own. We will define its core and then quickly include open-source components, to create standards. This will create opportunities for partnerships," Senger said.

Adopting an open-source approach to development with external partners is a new approach, Senger said. "This is almost unimaginable for traditional carmakers. But this is the key breakthrough opportunity."

In January, Volkswagen launched Car.Software, an independent unit responsible for developing lines of code, with around 3,000 digital experts and a budget of more than 7 billion euros ($7.8 billion). By 2025 it wants to have more than 10,000 software experts.

Senger said it has received many inquires from other carmakers about whether they can participate in the project.

"We are in the process of looking at the opportunities," Senger said, adding that Volkswagen wants to create a new system, rather than integrate legacy software from rivals.

"This will filter out many who are not willing to do this," Senger said about potential partners.