Volkswagen Polo 2021 is all set to be unveiled on April 22. (Photo courtesy: Instagram/@wilcoblok)

As Volkswagen gears up to take the covers off its new generation Polo tomorrow, leaked images of the popular hatchback has gone viral on social media. The leaks come even as Volkswagen continue to share teasers of the 2021 Polo, building up the anticipation for the world debut.

The design of the new Polo, as already suggested by at least teaser images shared by Volkswagen, is going to be slightly different from the version that is currently on sale. It is evident in the leaked images that the new generation Polo will have sharper headlights connected by an LED strip running across the hood. The design of the air intakes at the front are also going to be upgraded.

At the sides, the Polo will get new crease lines across the length of the car. The alloy wheels too are set for a new design. At the rear, Volkswagen seems to have upgraded the tail light design too, as is evident from its latest teaser as well as leaked images.

⏰ Two days left until the world premiere of the new #VWPolo! 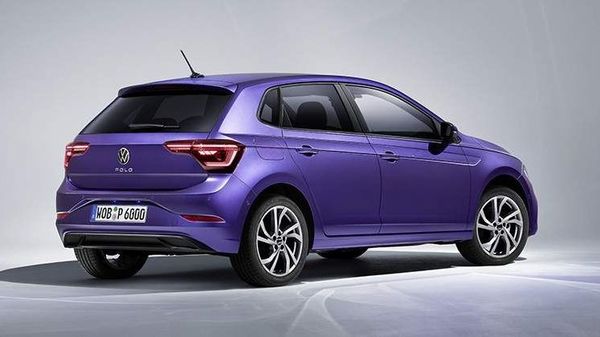 A glimpse of the upcoming 2021 Volkswagen Polo's design at the rear. (Photo courtesy: Instagram/@wilcoblok)

The interior of the new Polo hatchback is expected to undergo changes too. Volkswagen has already confirmed that the Polo will have several new features as far as in-car technology is concerned. The 2021 Polo is expected to get a digital instrument panel, a touchscreen infotainment screen on the central console and will house the new MIB 3 infotainment system besides several other features.

Last month, Volkswagen India showcased a special Matte edition of the Polo hatchback, which is expected to launch in India this year. The model will be powered by the BS 6 1.0-litre three-cylinder, turbocharged TSI engine and mated to a six-speed manual transmission. The interior of the Matte edition Polo, the design and other spec remain the same as the existing models.