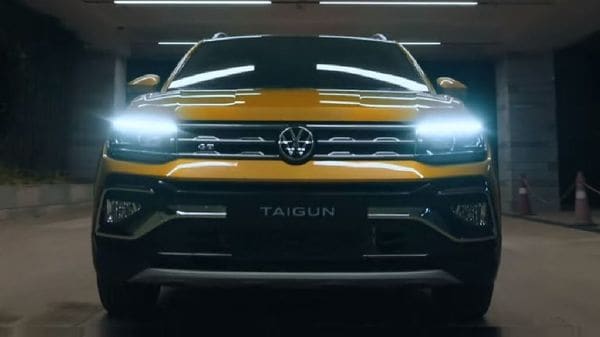 Volkswagen Taigun will be one of the key models from the brand in Indian market along with T-Roc, Tiguan.

Volkswagen India has teased its upcoming SUV Taigun on its social channel ahead of the imminent launch. The teaser video shows the SUV in a production-ready avatar. It also reveals a lot about the vehicle's design.

Volkswagen Taigun is going to be a key model for the German automobile brand under its India 2.0 plan. This mid-size SUV will be based on the same MQB A0 IN platform. This same architecture underpins Skoda Kushaq, which has been launched in India on June 28. The MQB A0 IN platform has been developed especially for the Indian market. It is a cheaper derivative of the much-talked MQB platform.

As Volkswagen Taigun will share a lot of things with Skoda Kushaq including the platform, expect it to get 17-inch diamond-cut dual-tone alloy wheels. Also, it will receive wide LED taillights, shark-fin antenna, chrome strip on rear bumper etc.

The teaser video majorly shows the exterior of the Taigun, but a few bits of the cabin too is visible. It gets an engine start-stop button located on the centre console. A 10-inch touchscreen infotainment system with Apple CarPlay and Android Auto will be there.

Other features inside the cabin would include a sunroof, wireless charging technology, a completely digital instrument cluster, ventilated front seats, automatic climate control etc. It could receive up to six airbags, ABS with EBD, ESC among the safety features. Overall, there would be a lot of similarities with Kushaq in terms of features.

Volkswagen Taigun will share the engines with Skoda Kushaq. There will be a 1.0-litre TSI petrol engine and a 1.5-litre TSI unit as well. Expect it to be available as a petrol-only model. Expect the engines to churn out the same power and torque output as Skoda Kushaq. Transmission options for VW Taigun will include a 6-speed manual gearbox and a 7-speed DSG automatic unit.