Volkswagen gunning for Toyota and Honda, not Tesla, with its ID.4 electric car

ID.4 from Volkswagen is its mega offering that the company hopes will not just find a mark in the EV market but ensure electric converts.In the US, Volkswagen is aiming to bring down supremacy of some of the conventional cars as well.
By : HT Auto Desk
| Updated on: 29 Sep 2020, 08:14 AM 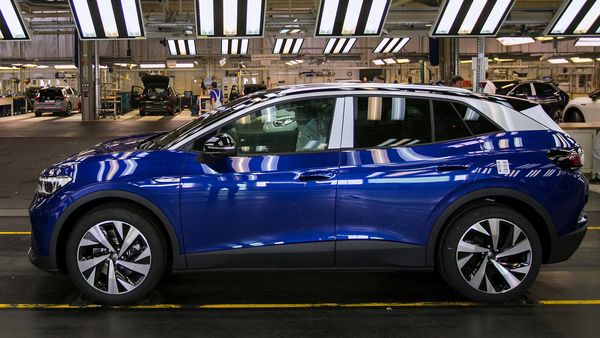 Volkswagen and Tesla are considered arch rivals in the world of electric mobility even if the top bosses of both companies have been clicked together and have often had several kind words to say about each other. While there were speculations that the two may join hands and co-operate in some form or the other - especially after Tesla CEO Elon Musk and Volkswagen's Herbert Diess drove EV's from each other's camp, these have been firmly denied. But while the recent launch of ID.4 electric car made many question if Volkswagen is firing at Tesla Model Y, the company is targeting established rivals with an internal combustion engine for now.

Pitching an EV against a conventional car? While it may sound a little odd, that is what Scott Keogh, CEO at Volkswagen America, reportedly believes will help ramp up popularity of ID.4. "This is the heart of the US car market in terms of sales, it's 4 million sales a year, something like 35 million sitting in driveways right now. It's the RAV4, it's our Tiguan, it's the Honda CR-V, and frankly, there is no electric vehicle sitting there," he was quoted as saying by Insideevs. "And if you look at what our dealers are excited about, it's to have a tool that no one else has, and then let's go take advantage of that."

Volkswagen has already underlined its big ambitions with the ID.4. The company wants to sell as many as 1.5 million units of the EV worldwide by 2025. And with such a goal, it may not be enough to aim for just the top-selling EVs currently dominating the field of play but gun down the biggest rivals there are anywhere.

In the US in particular, the start may be slower as the ID.4 will be imported from Germany for the first year before production begins at the company's Chattanooga plant in 2022. Yet, Keogh is confident that the market is ready and raring to drive in EVs and this is something the ID.4 is well positioned to take advantage of.

With its battery storing up to 77 kWh of energy (net), the claimed range of 520 kilometres per single charge may strike a chord with buyers who may consider ID.4 as an alternative to not just Tesla models but to conventional vehicles as well.