Volkswagen aims to pick off buyers of some of the industry’s best-selling SUVs with its new compact ID.4 crossover.The electric SUV will compete with the likes of Toyota’s RAV4, Honda’s CR-V and Subaru’s Forester.
By : Bloomberg
| Updated on: 24 Sep 2020, 14:00 PM 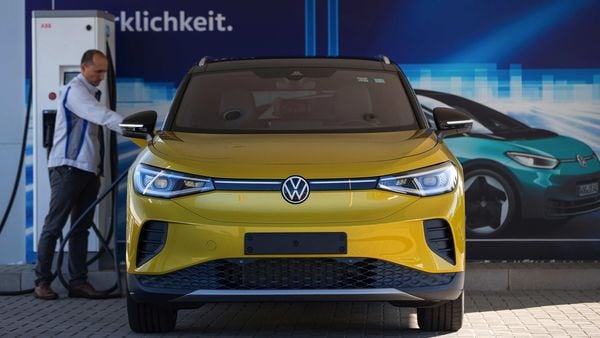 Volkswagen AG is setting a high bar for the first electric vehicle it will build around the globe.

The carmaker will aim to pick off buyers of some of the industry’s best-selling SUVs with the compact ID.4 crossover debuting Wednesday, said Scott Keogh, chief executive officer of VW’s U.S. unit. He told reporters it will compete with the likes of Toyota’s RAV4, Honda’s CR-V and Subaru’s Forester.

“The battleground is not how can I continuously turn over a couple-hundred thousand people," Keogh said during a virtual briefing. “The trick is how do I draw the 4 million people that are buying cars every year."

The big ambition is consistent with the boldest push into EVs among the world’s established automakers. The tall order will be made a bit easier by the ID.4’s $39,995 starting price in the U.S., where VW’s electric models are eligible for the full $7,500 federal tax credit that Tesla Inc. and General Motors Co.’s customers have used up.

Multiple states also offer several thousands more in incentives, allowing VW to position its EV as a bargain relative to the average price Americans pay for new cars and trucks. The carmaker also will offer free charging for three years through Electrify America, the subsidiary VW established in the wake of its diesel-emissions scandal. 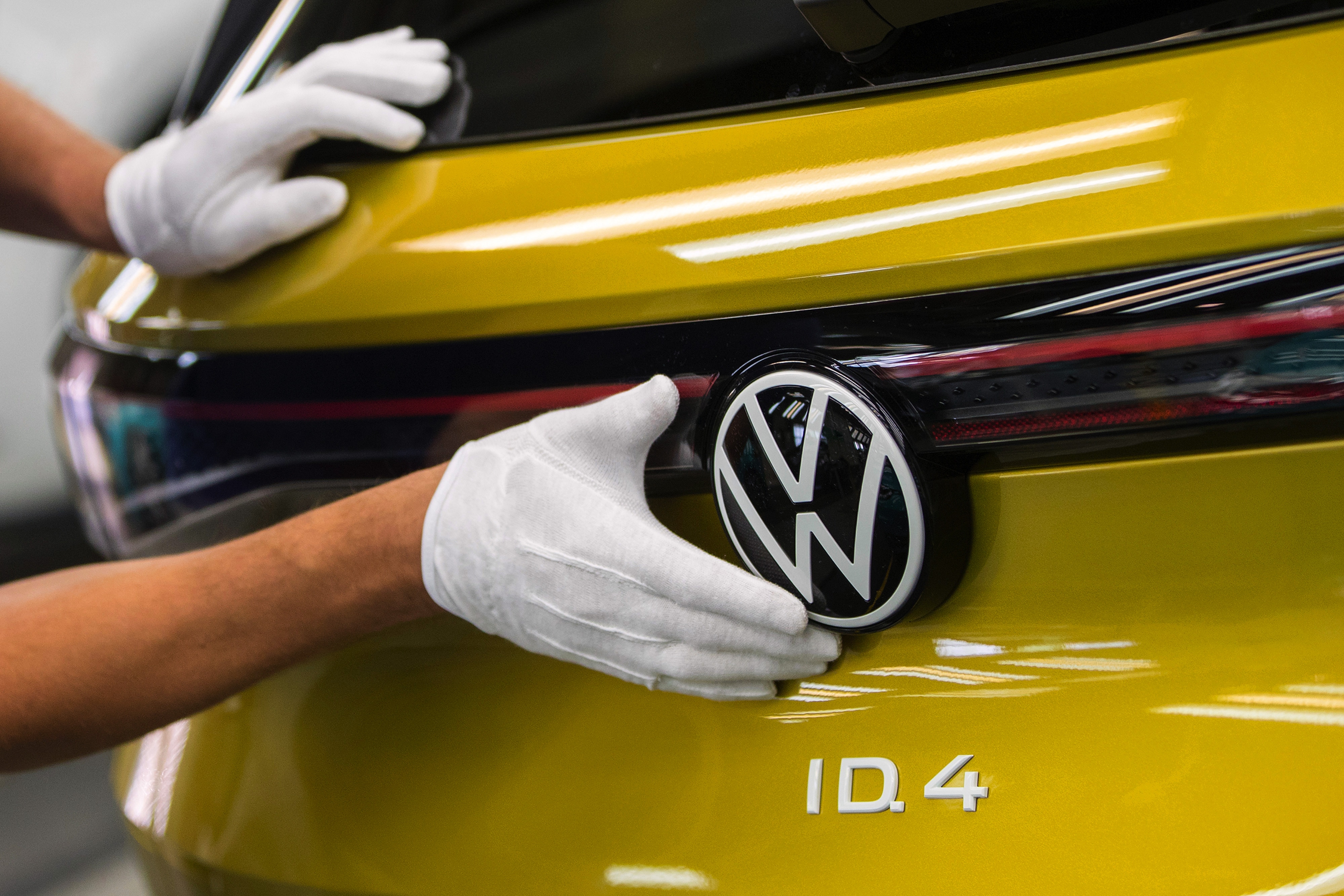 While most automakers closely guard images of new models, VW Chief Executive Officer Herbert Diess blew his own cover earlier this month. The ID.4 made an appearance toward the end of a video he released of he and Tesla’s Elon Musk taking VW’s ID.3 hatchback for a spin at an airfield near its headquarters in Wolfsburg, Germany.

The two VW models will be the “most formidable" competition Musk faces in electric vehicles, Dan Levy, an auto analyst at Credit Suisse, wrote to clients Wednesday. He has a neutral rating on Tesla shares, which fell as much as 9.7% after its battery day event disappointed some investors.

The mere existence of the ID.4 in the U.S. will set it apart from the ID.3, which VW just started handing over to European customers this month. While the latter model won’t make it to American shores, VW will eventually produce ID.4 on three continents, including at its Tennessee plant starting in 2022.

The first ID.4s will be built in VW’s factory in Zwickau, Germany, which was making Golfs and Passats before the manufacturer began transitioning the facility entirely to EVs. It will eventually produce six different models and churn out as many as 330,000 cars a year. 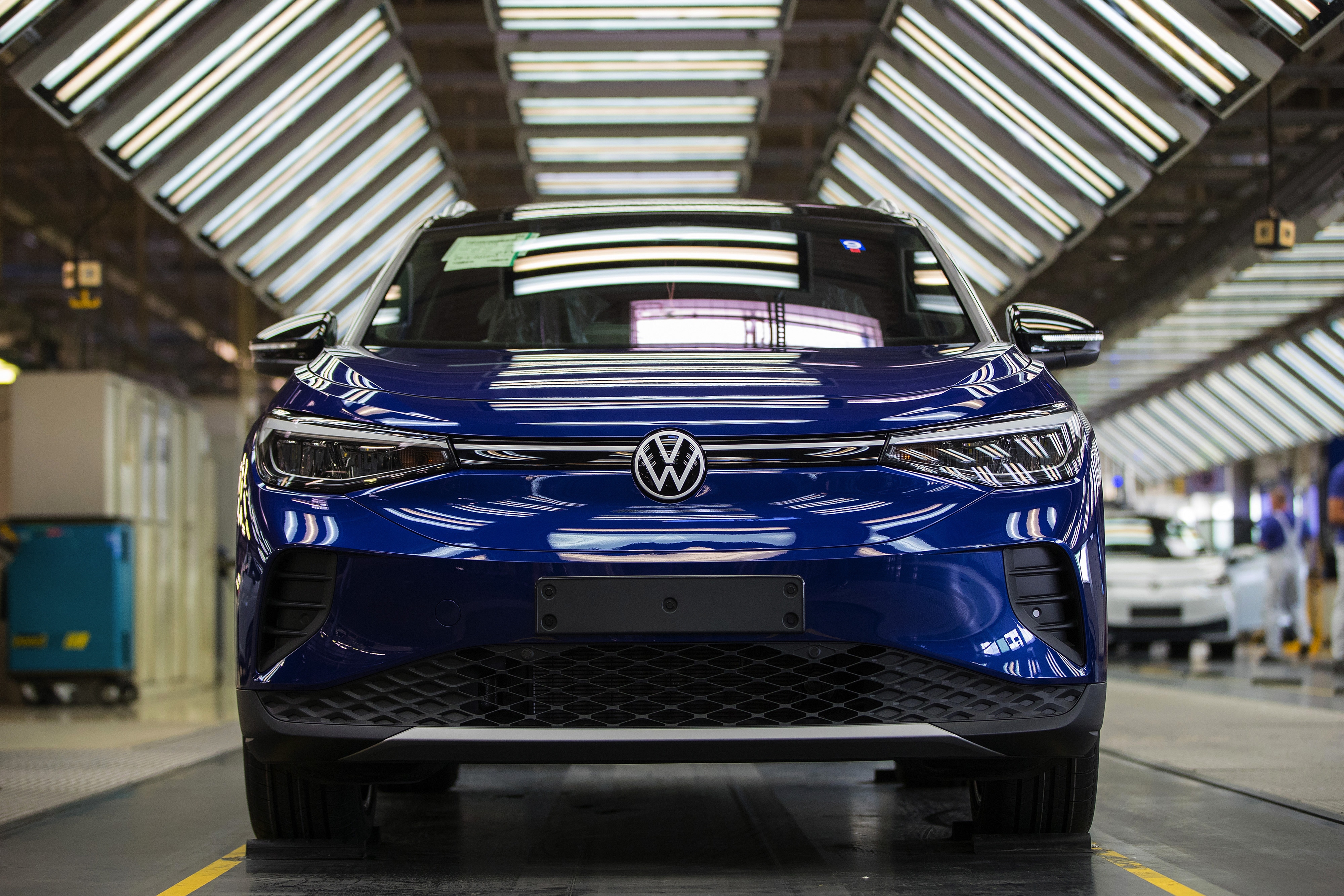 A Volkswagen ID.4 electric sports utility vehicle (SUV) stands in a light tunnel during final quality checks at the Volkswagen AG electric automobile factory in Zwickau, Germany, on Friday, Sept. 18, 2020. Volkswagen is setting a high bar for the first electric vehicle it will build around the globe. Photographer: Krisztian Bocsi/Bloomberg (Bloomberg)

The price tag of the transformation is massive. VW Group has said it plans to invest 33 billion euros ($39 billion) by 2024, including 11 billion euros alone for the VW brand. The unit is targeting production of 1.5 million EVs a year in 2025.

VW expects the ID.4 to offer about 250 miles of range, on par with the base version of Tesla’s Model 3. U.S. sales will start in the first quarter of next year. A more powerful all-wheel-drive version will arrive later in 2021, and VW will offer a cheaper iteration with a smaller battery once it starts production in Chattanooga.

Keogh said the global volume VW is expecting for ID.4 -- it will also sell in Europe in China -- will make the model profitable. He declined to give a forecast for U.S. sales.