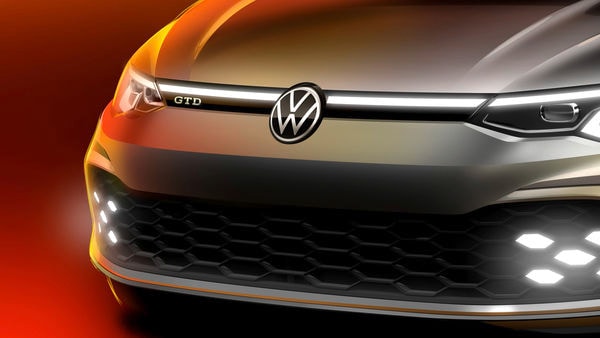 Teaser image of the new Golf GTD released by Volkswagen

Volkswagen is all set to unveil its new Golf GTD at the Geneva International Motor Show on March 5. Launched first in 1982, the new Golf GTD is going to be the eighth generation of the model.

Volkswagen released a teaser image of the new Golf GTD today. The teaser shows that the front of the Golf GTD is much more robust than the muzzle of the regular Golf. The lower bumper will have a honeycomb grille where five light units will be hidden from the fog lights on either side. A GTD logo is again subtly stuck to the nose.

The new Golf GTD will be powered by a four-cylinder diesel engine. There is no official word about details of the specs yet. However it is likely to produce 200 hp. The outgoing GTD produced 184 hp. The new version will come with a completely digitalised cockpit with push start button.

Volkswagen promises the new Golf GTD will be one of the most economical and sporty compact model. The company also says that there will be a significant increase in performance in Golf GTD is accompanied by lowest emissions. It claims that the Performance TDI’s efficiency has been significantly optimised and CO2 emissions have been cut even further.

Thanks to a new twin dosing SCR with double AdBlue injection, NOx emissions will be greatly reduced as compared to its predecessor. This makes the TDI in the new Golf GTD one of the cleanest combustion engines in the world.

In 1982, Volkswagen presented the very first Golf GTD. In addition to the GTD, there are said to be four more sporty versions of the Golf: the GTI, GTI TCR, GTE and R. It is not yet known whether these cars will also be in Geneva at the beginning of March.