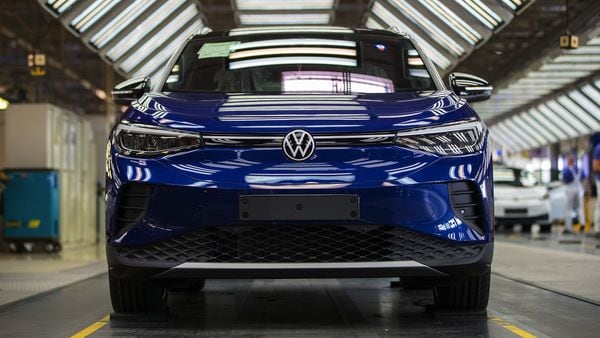 Volkswagen like other car brands is facing supply chain disruption due to the chip crisis.

German auto giant Volkswagen has slashed its production outlook owing to the ongoing chip crisis that is hurting the global automobile industry really bad. The automaker on Thursday has also said that its sales numbers dropped in the third quarter due to the global shortage of chips hampered the production of vehicles.

Following the difficult third quarter, deliveries in the rest of 2021 would be in line with sales in the previous year, said Volkswagen. This comes impacting the previous expectation of rise in sales.

"The global semiconductor bottlenecks particularly impacted on the business performance of the Volkswagen Group in the third quarter," the group said in an official statement. Volkswagen was repeatedly forced to pause production at some of its plants due to chip shortages.

Volkswagen also said that globally, its vehicle deliveries have been slumped by 24 per cent between July and September this year, as compared with the previous year. The impact was so hard that demands in a key market like China could not be met, Volkswagen said in the statement.

Pointing to the impact of the chip crisis on the sales performance of the group, Herbert Diess, CEO of Volkswagen has said that the automobile group now must systematically drive forward the improvement in productivity in the volume sector. The strategy will be applicable across all the brands under the Volkswagen Group. "We are determined to maintain our strong position against established and new competitors," Diess said.

The short supply of semiconductors, a key component in both conventional and electric vehicles, has intensified throughout the industry in the last few months. Automakers around the world have been facing headwinds due to supply chain disruption. several automakers had to shut their manufacturing plants temporarily. Besides that, the global auto industry is estimated to produce millions of fewer vehicles this year due to the crisis.