Volkswagen confirms global unveiling of Nivus SUV on May 28

Nivus will be locally manufactured in Brazil and may make way to other Latin American countries as well.
By : Sabyasachi Dasgupta
| Updated on: 26 May 2020, 12:09 PM 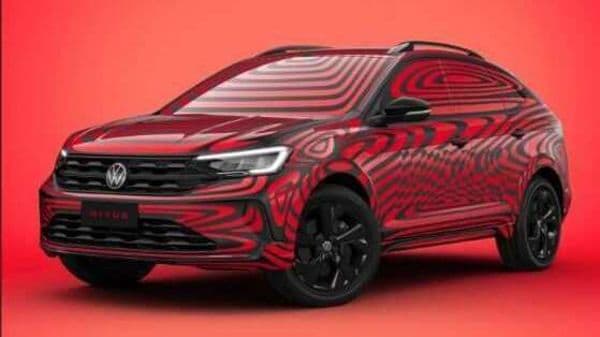 Nivus is based on Polo and has been designed by Volkswagen engineers in South America. (Photo courtesy: Volkswagen Brazil)

Volkswagen has confirmed that it will globally unveil the new Nivus SUV on May 28. The carmaker will take the digital route to launch the coupe-like SUV worldwide.

The Nivus SUV will be manufactured at the Sao Bernardo do Campo unit in Sao Paulo, Brazil. It will be the first model of the assembler developed locally to be produced and sold also in the European market. Developed under the ‘New Urban Coupe’ concept, the crossover will be positioned between the Polo and the T-Cross.

Despite having many similarities, the Nivus SUV has a lot of features that will separate it from the Polo. All versions of the SUV will have a digital instrument panel as standard, which can only be found on the Polo at the top of the line and as optional, as well as on the T-Cross, available in the Comfortline and Highline versions.

Unlike its siblings like T-Cross and Tiguan, the Nivus has been designed with a swooping rear style. The design language clearly focuses more on contoured proportions rather than either butch or sharp philosophies. The headlights and the DRLs lend the vehicle a premium appeal while the 17-inch alloy wheels sit pretty well under the rounded arches.

Built on the MQB architecture, the Nivus in Brazil will get a 1.0 litre engine producing 128 horses and with 200 Nm of torque. It is reported that the car will also feature a six-speed automatic transmission option.

In comparison to the Polo, Nivus has similar proportions but offers more boot space at 415 liters. This is significantly more than the 285 litres inside the Polo. The new car is also expected to be more spacious - especially for rear passengers, when compared to the Polo.

(Also read: Exclusive - Why Nivus SUV is not meant for the Indian market as of now)

Initially the Volkswagen Nivus will be available in three types of configurations: Comfortline, Highline and Sense. One of the big highlights of the SUV, according to the president of the automaker, will be the creation of an entirely new entertainment system. The current system used in the vehicle was created entirely in Germany.