The Tesla CEO had previously said that he would have to exercise a large number of stock options over the next three months.
By : HT Auto Desk
| Updated on: 08 Nov 2021, 09:16 AM 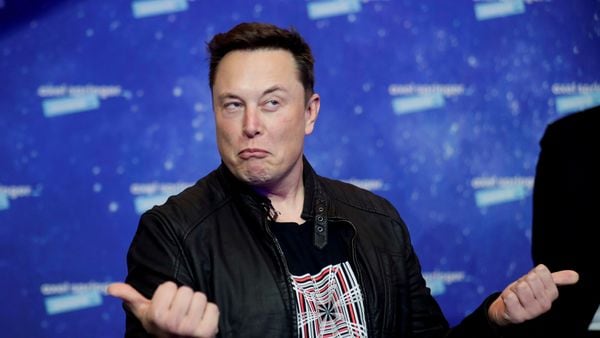 On Saturday, Elon Musk tweeted asking his followers if he should offload 10 per cent of his stocks in the electric car major.

Tesla CEO Elon Musk should sell about 10 per cent of his Tesla holdings, voted 57.9 per cent of people who voted on his Twitter poll asking users of the social media network whether he should offload the stake.

On Saturday, Elon Musk tweeted asking his followers if he should offload 10 per cent of his stocks in the electric car major. He also said that he would accept whatever the result of the poll will be. "Much is made lately of unrealized gains being a means of tax avoidance, so I propose selling 10% of my Tesla stock," Musk said on Saturday. He also added that he does not take cash salary or bonus from anywhere, and only has stock.

The Tesla CEO had previously said that he would have to exercise a large number of stock options over the next three months, which would create a big tax bill. Selling some of his stock could free up funds to pay the taxes.

As of June 30 this year, Elon Musk's shareholding in Tesla came to about 170.5 million shares and selling 10 per cent of that would amount to close to $21 billion based on Friday's closing, as Reuters calculated.

Interestingly, this comes after a week when Musk said on Twitter that he would sell $6 billion in Tesla stock and donate it to the United Nations' World Food Program (WFP). He also said that for that, The UN WFP has to disclose more information about how it spent its money. Musk has been accused of not paying taxes despite being such a rich person.