Toyota Motor will invest ₹3,600 crore in the state to manufacture hybrid vehicles, along with Fortuner, Innova Crysta and other ICE vehicles, at the Bidadi facility.
By : HT Auto Desk
| Updated on: 06 Aug 2022, 10:43 AM 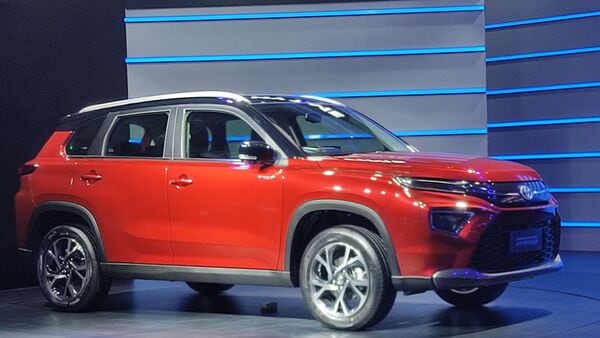 Toyota Motor's new Urban Cruiser Hyryder SUV was recently introduced as a fully hybrid model. It will come equipped with a Self Charging Strong Hybrid Electric Powertrain, or a Neo Drive powertrain setup.

Toyota Kirloskar Motor has received the green signal from the Karnataka government to expand its manufacturing facility in the state. The Japanese carmaker, which has its factory in Bidadi, will be expanding the facility to increase production capacity of the likes of Fortuner, Innova Crysta and Urban Cruiser as well as hybrid vehicles like the newly-unveiled Urban Cruiser Hyryder SUV. On Friday, the state government approved Toyota's proposal among 18 industrial projects worth ₹34,432 crore.

Toyota Motor will invest ₹3,600 crore in the state to manufacture hybrid vehicles, along with its ICE models like Fortuner, Innova Crysta and others, at this facility. The expansion plan is linked to Toyota's future roadmap which includes manufacturing hybrid cars for the Indian markets. Toyota had said it would take the hybrid route, because EV infrastructure in India is not yet ready for electric vehicles.

Toyota Motor's new Urban Cruiser Hyryder SUV, which was recently introduced as a fully hybrid model, will be manufactured at the Bidadi facility. It is one of the reasons the expansion plan is key for the Japanese carmaker. The HyRyder SUV is Toyota's first model in global alliance with Suzuki, which partners Maruti in India.

The Urban Cruiser HyRyder SUV will come equipped with a Self Charging Strong Hybrid Electric Powertrain, or a Neo Drive powertrain setup. The Neo Drive is powered by a 1.5-litre petrol engine with Integrated Starter Generator (ISG) technology. It is also equipped with an all-wheel drive system and is offered with the choice of a five-speed manual transmission and a six-speed automatic transmission. The carmaker is also offering the Toyota Hybrid System in the self-charging hybrid electric Hyryder SUV with a 1.5-litre petrol engine.

The Urban Cruiser HyRyder is expected to be launched within the next few weeks. The hybrid version of the SUV will take on the Grand Vitara, its technical cousin from Maruti Suzuki. Both SUVs were unveiled for the Indian markets within a few days of each other.