The year 2021 will see some very major SUV launches from brands such as Mahindra, Tata Motors, Renault and Toyota.Here's a list of the top 10 SUVs which will be seen on the Indian roads next year.
By : Prashant Singh
| Updated on: 30 Dec 2020, 08:40 PM 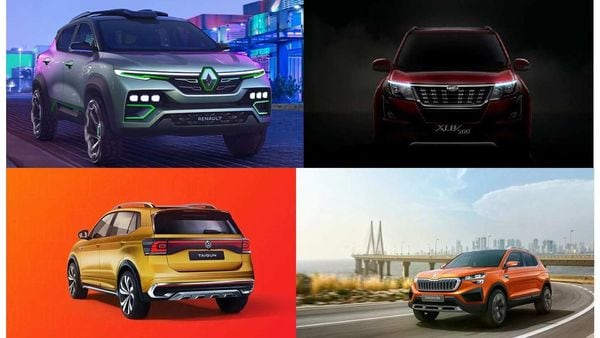 The year 2021 will offer some very major SUV launches from brands such as Mahindra, Tata, Renault and Toyota.

It is no news that the SUV segment is riding the higher waves not just in India, but around the globe. And every other carmaker wants a piece of the profit-making pie. While 2020 itself witnessed some very significant car launches, 2021 is going to be bigger and better in terms of new offerings. Here's a list of the top 10 SUVs which will be seen on the Indian road next year.

The all-new Scorpio has been slated for launch around mid-2021. It is going to be based on an updated ladder-frame chassis and will come updated from inside out. It may also be called Scorpio Sting or Scorpio N, since the homegrown automaker has filed for registration of these new names recently.

Skoda India displayed the Vision IN concept at the Auto Expo 2020. Now the production-spec model based on the very same concept will see the light of the day in the first half of next year. It is going to be the first model out of the group's India 2.0 strategy.

Apart from the new Scorpio, Mahindra is also gearing up to launch a fully updated XUV500. The same has been spotted amidst road tests several times in the past. Interestingly, it may go on sale ahead of the next-gen Scorpio, most likely in the first quarter of 2021.

The Tata Gravitas is expected to be launched towards the first week of February 2021. It will basically be a longer version of the five-seat Harrier SUV and will accommodate seven passengers. It will rival the likes of MG Hector Plus SUV.

Force Motors is all-set to introduce the Thar 2020 rival in the form of Gurkha BS 6. It was also displayed at the Expo earlier this year and is expected to go on sale in the first half of next year.

The new Toyota Fortuner will be launched in India on January 6th. The company will also introduce the higher-spec Fortuner Legender SUV on the same day.

Jeep recently announced that it will unveil the facelifted Compass on January 7th, just after a day of the Fortuner facelift launch. The announcement comes soon after the international debut of the model. For 2021, the new Compass will bring along some heavy updates to the exterior styling, as well as features.

Renault is all set to make its presence felt in the sub-compact SUV segment with the upcoming Kiger SUV which sets sight on the Kia Sonet, Hyundai Venue and the Maruti Vitara Brezza.

The Volkswagen Taigun will come based on the same MQB AO IN platform as the production-spec Skoda Vision IN SUV. While mechanically it will be near-identical to the cousin model, the exterior design and styling will be completely different.

Citroen will foray into the Indian market with the launch of C5 Aircross SUV which will be locally assembled at CK Birla's Thiruvallur plant. This model has also been spotted amidst road tests several times in the past and is expected to go on sale towards the second half of 2021.