Around eight artists from two Mexican Huichol families put in 9,000 hours of work for eight months to decorate the chassis and interior of the Volkswagen Beetle Vochol using glass beads.
By : HT Auto Desk
| Updated on: 15 Nov 2020, 18:03 PM 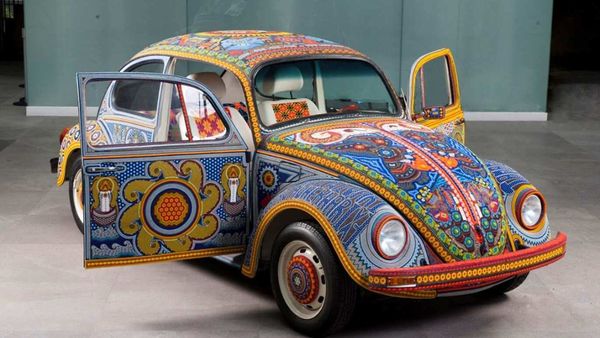 Volkswagen has ceased the production of the Beetle, making way for rising demands of SUVs in the markets. However, the Beetle has been an iconic car for decades and one of the most influential cars of the 20th century.

Though the world will not see any new Beetles on the roads, the existing units are still rendered iconic and worthy of preservation. This 1990 Volkswagen Beetle 'Vochol' adorned with about 2,277,000 glass beads is a testament.

In 2010, a combination of public and private organizations commissioned the creation of the Beetle 'Vochol'. The work commissioned was to completely cover a Volkswagen Beetle with ornate Huichol (indigenous group of Mexico) beading. The idea was to create an artwork that would use indigenous and folk techniques on a modern canvas, reflecting the past and present of Mexico. Side profile of the Volkswagen Beetle Vochol

The term 'Vochol' comes from a combination of 'vocho' and 'Huichol'. Vocho is a common term used for Volkswagen Beetles in Mexico while Huichol is the country's indigenous community whose artwork has been incorporated on the Vochol.

Around eight artists from two Huichol families put in 9,000 hours of work for eight months to decorate the chassis and interior of the Vochol using glass beads. Sections of the car were covered with resin and beads were applied in elaborate patterns by hand. 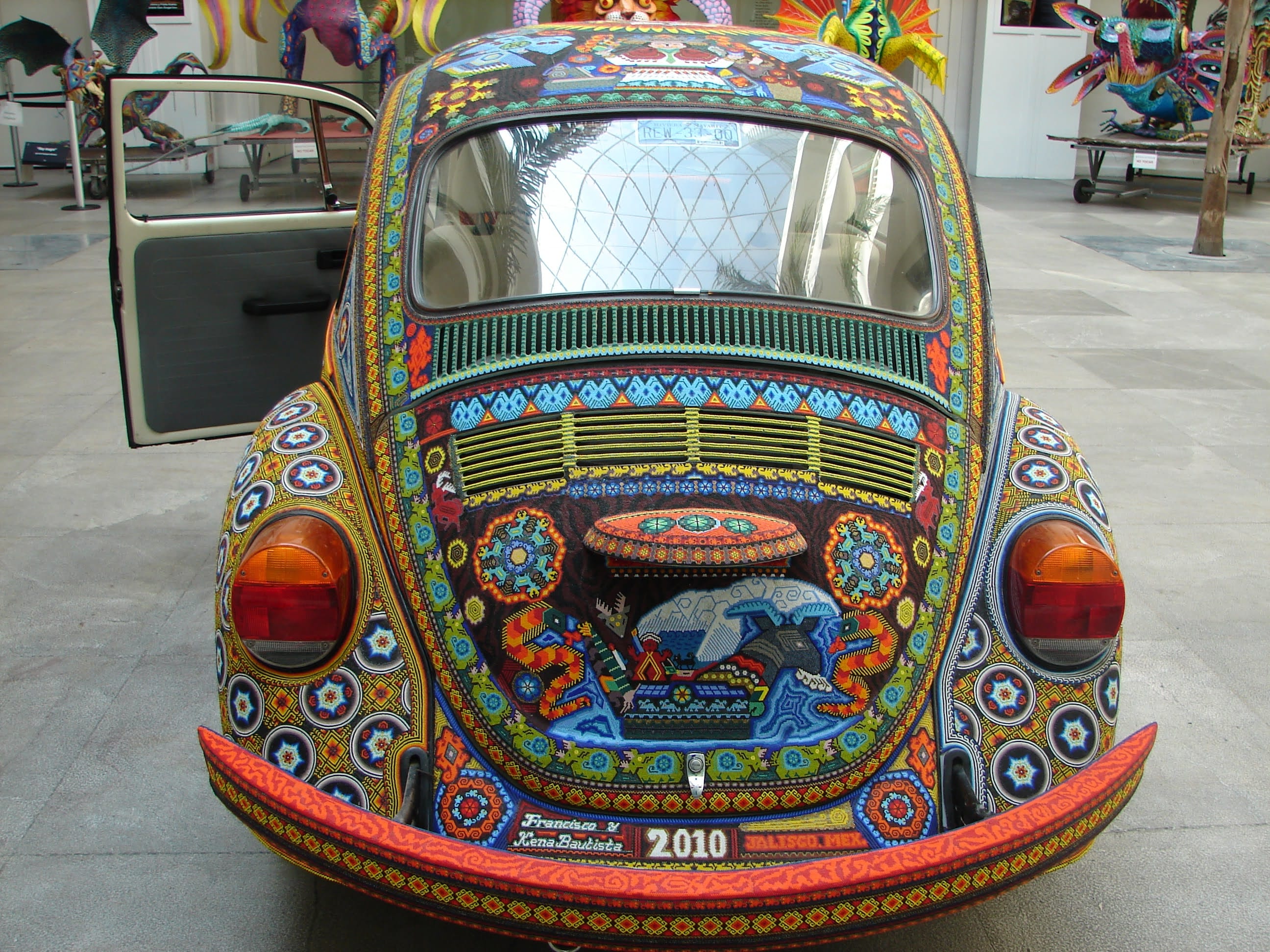 Designs featured on the Vochol symbolize Huichol culture and its spiritual beliefs. The car's hood features two snakes that represent rain. The sides depict deer, scorpions, birds and peyote flowers, which are all important symbols in Huichol culture and spirituality. On the roof, a large sun symbolizes the union between humans and gods, and four two-headed eagles offer protection to the passengers inside. The car is perhaps the largest individual piece of Huichol beadwork ever created. 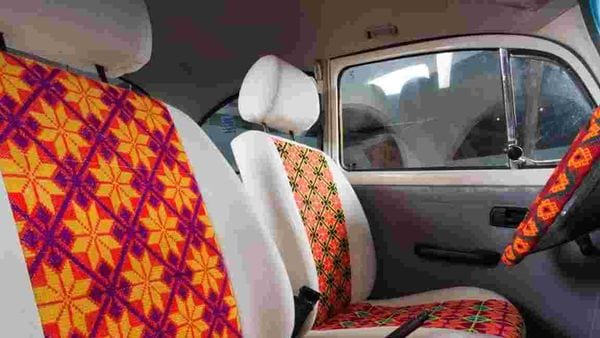 Interior of the Beetle Vochol

The Vochol was first unveiled at a museum in Guadalajara, Mexico and later featured in Mexico City for exhibition. It was then taken for an international tour at museums across the United States, Europe, Asia, South America and the Middle East. When not on loan, the Beetle Vochol can be found at the 'Museo de Arte Popular' in the Mexico City.