Home Auto Cars News This Car Emerges To Become Europe's Best Selling. And No, It Isn't An Suv

This car emerges to become Europe's best-selling. And no, it isn't an SUV

Although new car registrations in 26 European markets fell in the month of July, the battle among passenger vehicles remained as intense as ever.
By : HT Auto Desk
| Updated on: 30 Aug 2021, 09:00 AM 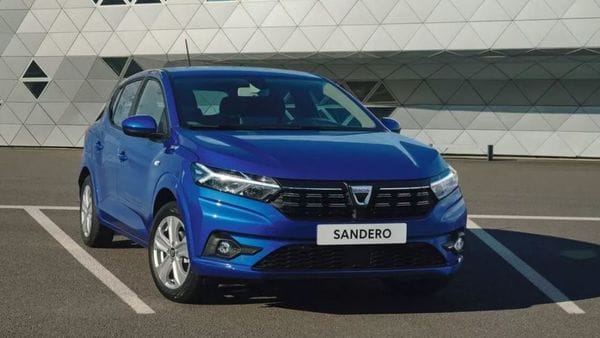 Dacia Sandero is preferred by many for its compact dimensions and capable drive traits in city limits.

The European car market is often seen as being more dynamic than any other global markets and a proof of this is in the new-car registrations in the month of July which saw a new king emerge which toppled established champions like Volkswagen Golf and Toyota Yaris. And while Dacia Sandero hatchback did have a feel of the crown when it was first launched in 2008, its return to the pinnacle comes at a time when the overall performance of the market has been less than ideal.

As per data collected by JATO Dynamics and reported by Automotive News Europe, new car registrations in 26 European markets revealed a fall of 24%. This marked the end of four consecutive months of growth. One of the key reasons cited for this is the Covid-19 pandemic which continues to play on the minds of prospective customers. The shortage of microchips is another key factor.

But there has been reason to cheer in the Dacia camp as Sandero managed to overtake Volkswagen and Toyota cars in the month. As many as 20,446 new units were registered, followed by Golf (19,425) and Yaris (18,858). Volkswagen Polo, T-Roc, Hyundai Tucson, T-Cross and Dacia Duster also figure in the list.

Dacia is a Romanian car maker which is owned by France's Renault. The company recently showcased the 2022 Duster to much appreciation as well. In the past, the company has also focused on electric power and its Spring EV has emerged as quite the fan favourite. The five-door compact vehicle, as per Dacia, has a range of around 230 kilometres and gets a starting price of around 12,400 Euros in France (approximately ₹10.50 lakh). But the volumes, clearly, are being driven by Sandero, a car that starts at around 8,000 pounds in the UK (around ₹8 lakh). In the UK, it is offered with both petrol and LPG Bi-Fuel engines, and is touted as a perfect city car.