Tesla is leading the autonomous EV charge but accidents time and again lead many to raise questions as well as concerns.
By : HT Auto Desk
| Updated on: 27 Aug 2020, 11:45 AM 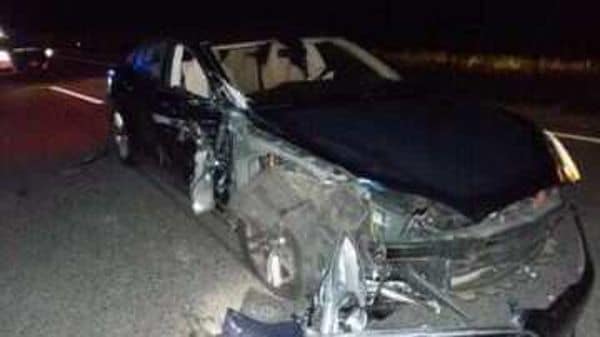 This photo was tweeted by @JoeFisherTV

Elon Musk may repeatedly make claims that autonomous Tesla vehicles are far safer than conventional vehicles being driven by people but yet another incident involving a Tesla on Autopilot mode is likely to give fresh voice to critics. This after a man in North Carolina reportedly admitted that he was watching a movie with his Tesla in Autopilot when it rammed into a cop car.

The Tesla Model S vehicle rammed into a Nash County police car recently;y and such was the force of impact that while the cop car was pushed forward, the EV suffered severe damage to its bumper, front fender, front wheel arch and the A pillars.

News outlet CBS quoted cops as saying that the driver had admitted to watching a movie on his phone after putting the Model S into Autopilot mode. Local reports also suggest that the Tesla vehicle was a first-generation Model S which means it may not have had the latest version of Autopilot.

Even still, the fact that the car was in Autopilot and it failed to detect the cop car is likely to raise both eyebrows as well as concerns.

Musk has been a very vocal supporter of autonomous driving and says the feature, convenience and the technology backing it will make roads far safer than ever. The Tesla CEO has also often implied that human drivers can be susceptible to errors but autonomous cars have a long list of features that would enable these to navigate and negotiate real-world conditions at all times.

Tesla however does urge that drivers keep hands on the steering at all times and this is also mandated by law in many countries. The EV maker, however, is also planning to introduce games and video conferencing features in its products for when full autonomous vehicles become completely legal.