The researchers analysed more than 5,000 representative police-reported crashes and determined the driver-related factors contributing to the crash.
By : Reuters
| Updated on: 05 Jun 2020, 08:19 AM 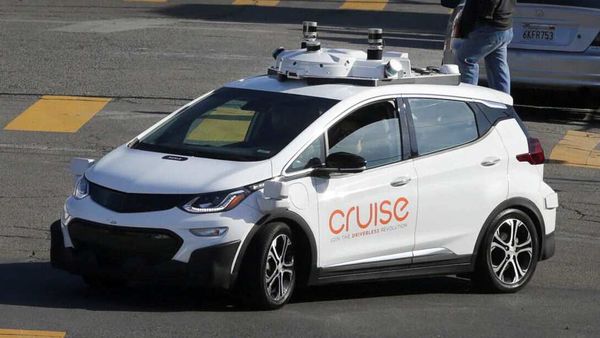 File photo of a self-driving GM Bolt EV in San Francisco, California, US.

Self-driving cars, long touted by developers as a way to eliminate road deaths, could likely only prevent a third of all US road crashes, an analysis of traffic accidents released on Thursday has found.

The study by the Insurance Institute for Highway Safety (IIHS), a research group financed by US insurers, found the remaining crashes were caused by mistakes that self-driving systems are not equipped to handle any better than human drivers.

Traffic experts say that roughly nine in 10 crashes result from human error and more than 36,000 people are estimated to have died in US car crashes last year.

Companies developing self-driving vehicles, including traditional automakers and technology companies, have repeatedly positioned fully automated driving as a tool to drastically reduce road deaths by taking the human driver out of the equation.

But the IIHS study outlined a more nuanced picture of human driver error, showing that not all mistakes can be eliminated by camera, radar and other sensor-based driverless technology.

The researchers analysed more than 5,000 representative police-reported crashes nationwide and determined the driver-related factors contributing to the crash.

(Also read: How autonomous vehicles are cashing in on coronavirus-driven demand)

One-third of all crashes were the exclusive result of sensing and perception errors, or driver incapacitation, the study found.

But most crashes were the result of more complex errors, such as making wrong assumptions about what other road users were going to do, driving too fast or too slow for road conditions, or making incorrect evasive manoeuvres. Many crashes were also a combination of multiple mistakes.

"Our goal was to show that if you don't deal with those issues, self-driving cars won't deliver massive safety benefits," said Jessica Cicchino, IIHS vice president for research and a coauthor of the study.