Tesla Cybertruck to get removable side mirrors, says Elon Musk. Is it legal?

With advent of newer technology in newer cars, conventional additions like side mirrors are at the cusp of a radical change. And Tesla and Elon Musk may be powering most of it.
By : HT Auto Desk
| Updated on: 27 Oct 2021, 09:19 AM 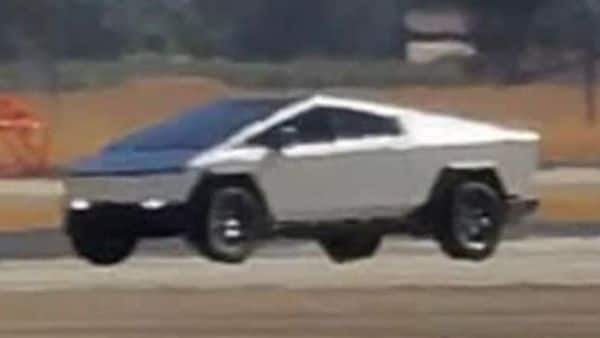 Tesla Cybertruck may have hit repeated production delays and isn't expected on US roads till at least 2023. But delays are no reason why the electric pick-up won't still be in the news, especially because Tesla CEO Elon Musk continues to respond to queries about it on Twitter. One netizen recently shared that he isn't quite taken with the side mirrors on the Cybertruck which led to Musk revealing an interesting detail.

But there were also many others who pointed to how the option to remove side mirrors can be dangerous and potentially against rules and regulations.

Side mirrors on any vehicle help with a clear view of traffic from behind or even help drivers and occupants detect pedestrians or obstacles. While some argue that there is absolutely no need to do away with this crucial addition in modern-day cars, many companies have experimented with side additions which display camera feed instead of being just mirrors.

Side mirrors on vehicles are mandatory according to US Federal Motor Vehicle Safety Standard even if there's not much clarity on the legality of live feed on these through cameras placed at the rear. But with more and more technology coming into today's vehicles, there may need to be a balancing act between convenience, safety, legality and the sheer sense of awe.