Tata Safari SUV wears a bit more bling courtesy the gold hues but the updates to the feature lists are what are, perhaps, most significant.
By : Shubhodeep Chakravarty
| Updated on: 28 Sep 2021, 09:00 AM 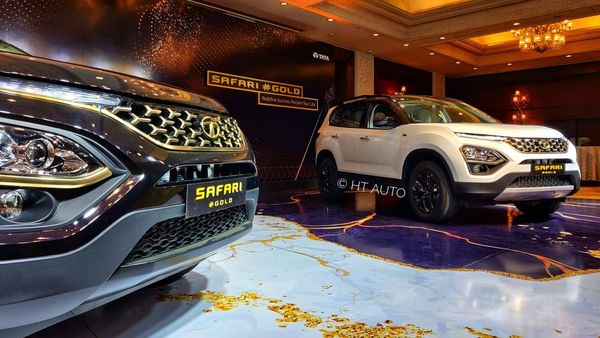 Tata Safari Gold Edition comes at shortly on the heels of the Safari launch in a bitterly fought three-row SUV space that has seen major movements in recent times. And Tata Motors has been very active in taking out special editions of its passenger vehicles to create and maintain a buzz. At times, the special editions work wonders and at others, not so much. While one cannot fault the OEM for giving vent to the creative side, does the Tata Safari Gold Edition come off as something spectacular or is it a flair gone too far?

Tata Motors announced that the Safari Gold Edition is the official car of the Indian Premier League that resumed recently in the UAE and Oman. If you've been following all the cricketing action, it is quite hard to miss the SUV parked at each of the stadiums here. And yet, television and mobile screens do not do justice to the changes on offer in this special edition and therefore, I opted to take a closer look myself.

So, what's new and should you be checking out the Tata Safari Gold Edition? Read on. 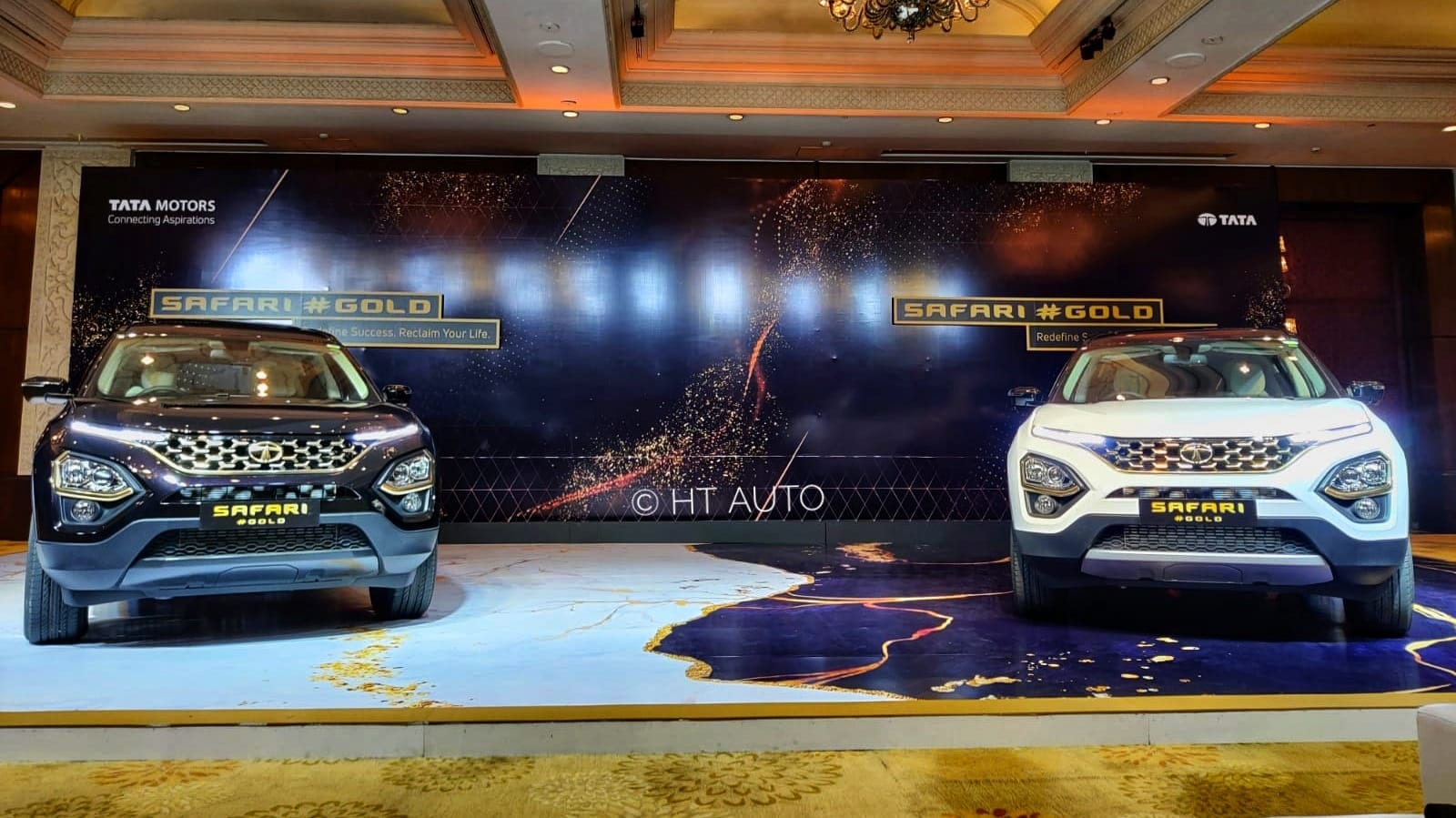 Apart from the addition of gold shade, there is no design update on the new Safari from Tata Motors. (HT Auto)

What's new though is that the white-coloured Safari is offered in dual-tone colour theme and has a black roof. But more prominently, both models have a front grille which is now done in a golden shade. This hue extends to the border outline of the head light units as well. At the sides, there is a Gold badge and the colour scheme extends to a dash on the roof rail as well as in the ‘Safari’ lettering and Tata Motors' logo on the back. All four door handles also have a dash of golden streak. 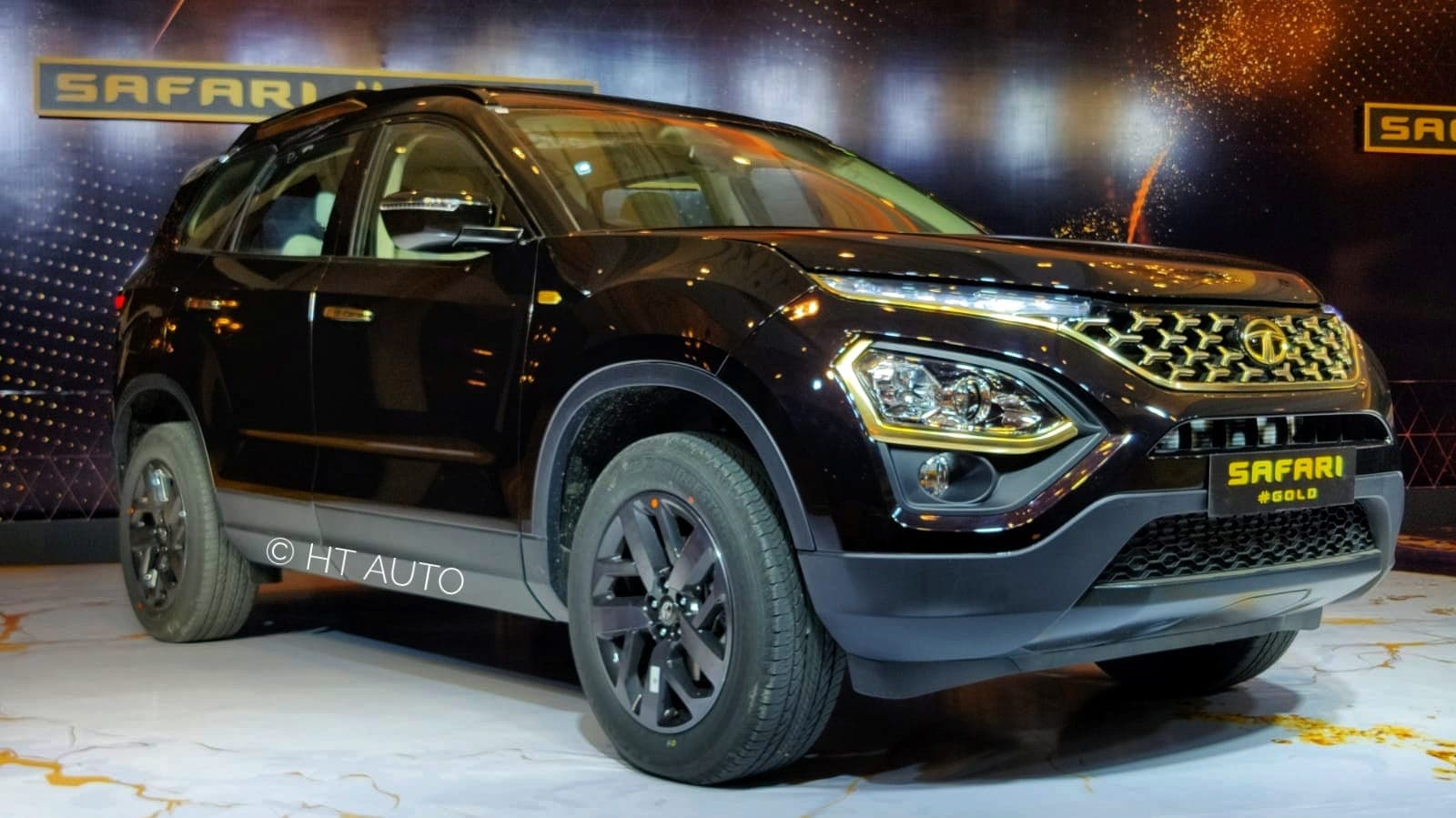 The side profile of the SUV gets gold additions on the door handles and a strip on the roof rail. (HT Auto)

There is no feature update on the Gold Edition although both cars stands on blackened alloy wheels.

Jump inside the Safari Gold Edition in white and there is a dashboard done in Mont Blanc marble finish - basically white. It seeks to add an upmarket feel inside the SUV although some of our readers have pointed out in the past that it resembles a kitchen counter top. Umm, well, I agree but shhh for now. 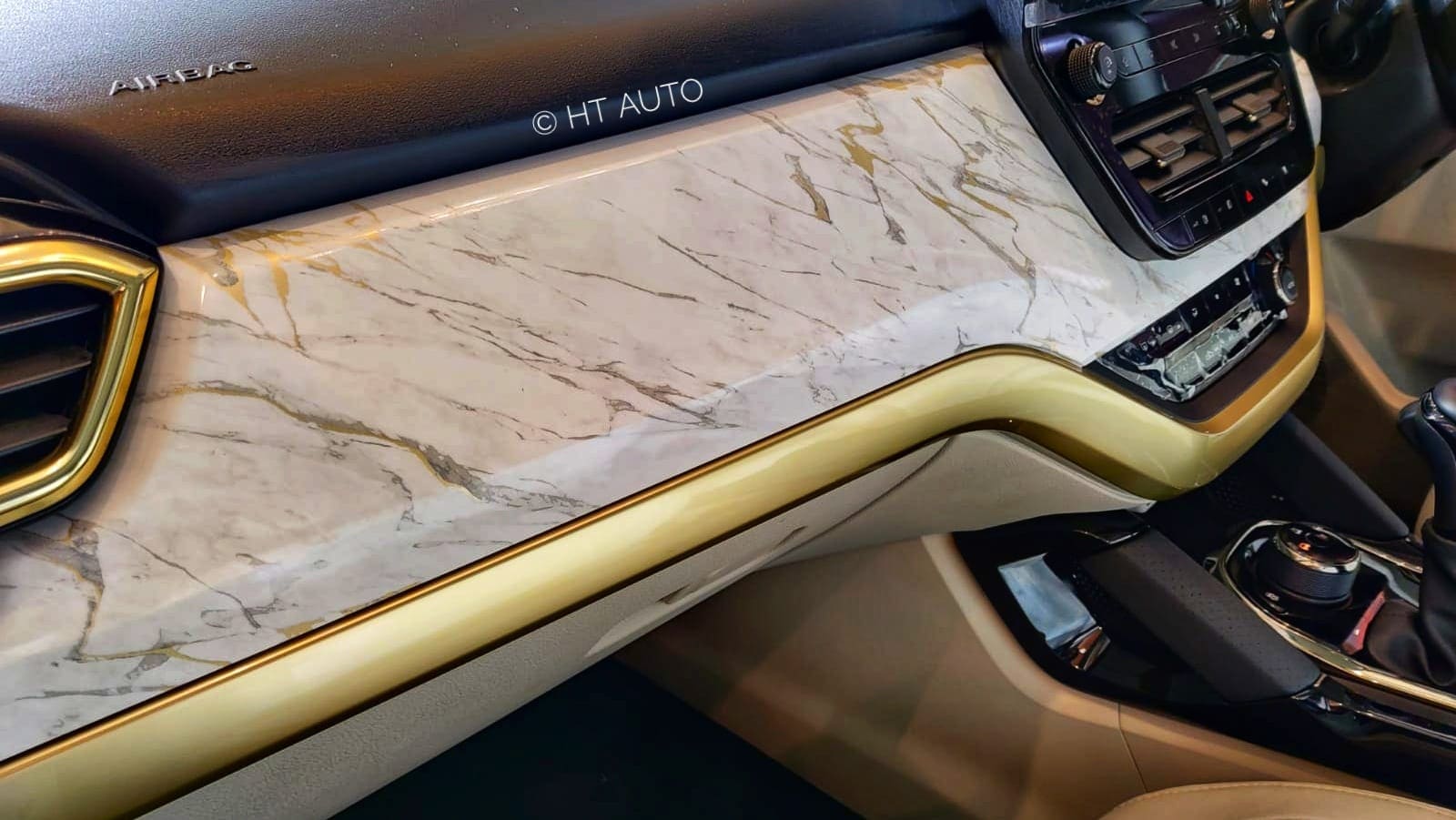 The white marble finish on the dash of the Safari Gold Edition in Frost White exterior body colour. (HT Auto)

The black Safari Gold Edition, similarly, gets a black marble layout on the dashboard while both trims get golden shade on the side air vents, on the border paneling of the driver display unit and on the inside door handles. A look at the cabin layout of the Tata Safari Black Gold trim.

Now this is where the Safari Gold Edition truly shines, figuratively speaking of course. The Safari Gold Edition has a cabin that now has an air purification system, wireless support for Android Auto and Apple CarPlay, and wireless phone charging. My favourite? The seats are ventilated - front two in the seven-seat layout and front four in the six-seat set up.

Do note that air purifier, wireless charger and wireless support for Android Auto and Apple CarPlay is now available on XZ onwards, including Adventure Edition while air purifier has also been made available in the XT, XT+ and XTA+ trims.

Safari Gold Edition is available on the XZ+ and XZA+ variants, and as mentioned above, can be bought in both the six and seven-seat layouts. It is also offered with both manual as well as automatic transmission choices.

The manual Safari Gold Edition has been priced at ₹21.89 lakh while the automatic is priced at ₹23.17 lakh (ex showroom prices). There are no changes to the engine options or dimension of the vehicle.